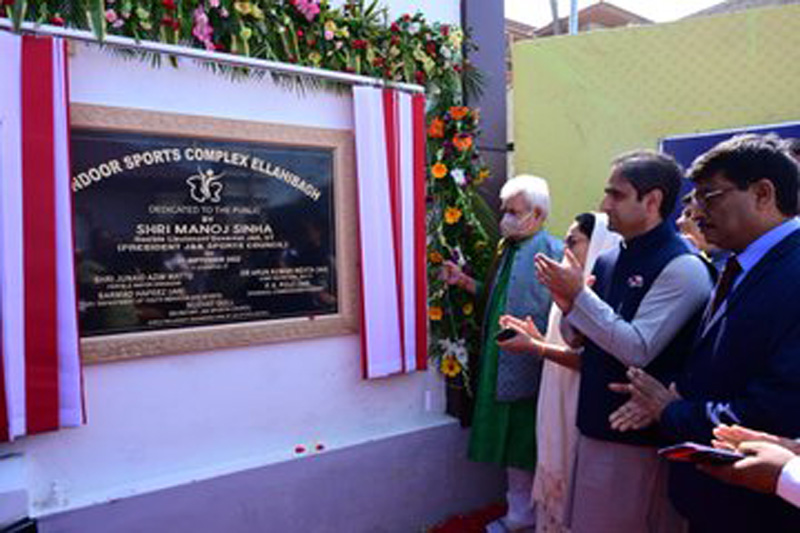 Jammu and Kashmir  Lieutenant Governor Manoj Sinha recently inaugurated the Ellahi Bagh Indoor Sports Stadium in Srinagar with an aim to promote sports and culture in the region.

The stadium has been constructed at a cost of Rs 4 crore under the Prime Minister Development scheme (PMDP), reports ANI.

Inaugurated Ellahi Bagh Indoor Sports Stadium, Shahr-e-Khas, Srinagar today. In the last two years, Downtown has witnessed a massive rise in the number of sports being played and large number of youth pursuing sports professionally. It is a new address of Indian sporting heroes. pic.twitter.com/wrpcs7ILW8

Congratulating the people, especially the youth of the downtown area, the Lt Governor said the Shahr-e-Khas area has evolved into a hub of sporting activities, with youngsters determined to achieve glory in sports.

“I was told by local people that for the first time in 75 years any head of the state visited Downtown Srinagar. They said many areas were known for the wrong reasons. But, I believe Downtown, Srinagar has shed its past and it is now a new address of Indian Sporting Heroes,” Lt Governor Sinha said according to a press release as quoted by ANI.

He added that in the last two years, downtown has witnessed a massive rise in the number of sports being played and a large number of youth were pursuing sports professionally.

“Several youngsters from downtown, Srinagar have proved their mettle in International Championships. The day is not far when we will see the youth of Shahr-e-Khas representing the country in Olympics and earning a new identity of heroes and the respect for J&K and the country,” Sinha added.