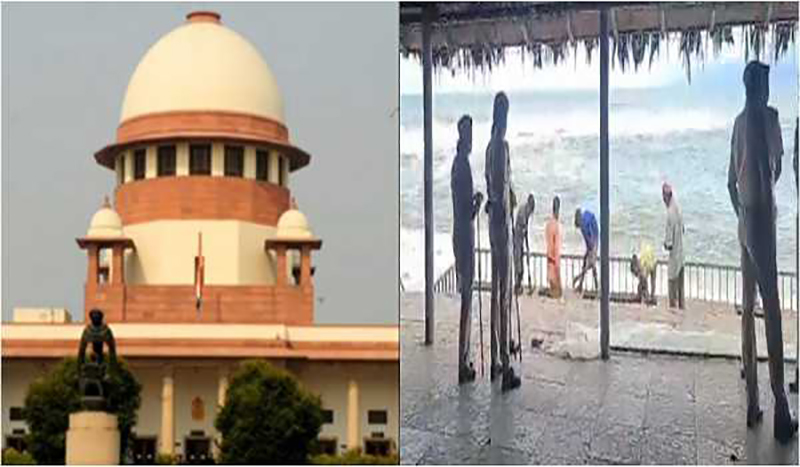 The top court's order came even as the demolition was underway after a National Green Tribunal ordered the action.

A bench headed by Chief Justice UU Lalit passed the order staying the demolition for the time being till the matter is being heard by the court.

It will next hear the matter on Sept 16.

The demolition was being carried out by Goa Coastal Zone Management Authority, in violation of alleged CRZ (Coastal Regulation Zone) violations by the restaurant.

The Supreme Court passed the order after hearing a plea by the owners of Curlies.

The owner had moved the apex court challenging the demolition action started over CRZ violations.

The top court in its order directed Goa Coastal Zone Management Authority to file its response before Sept 14 in connection with the matter along with pictures and reports.