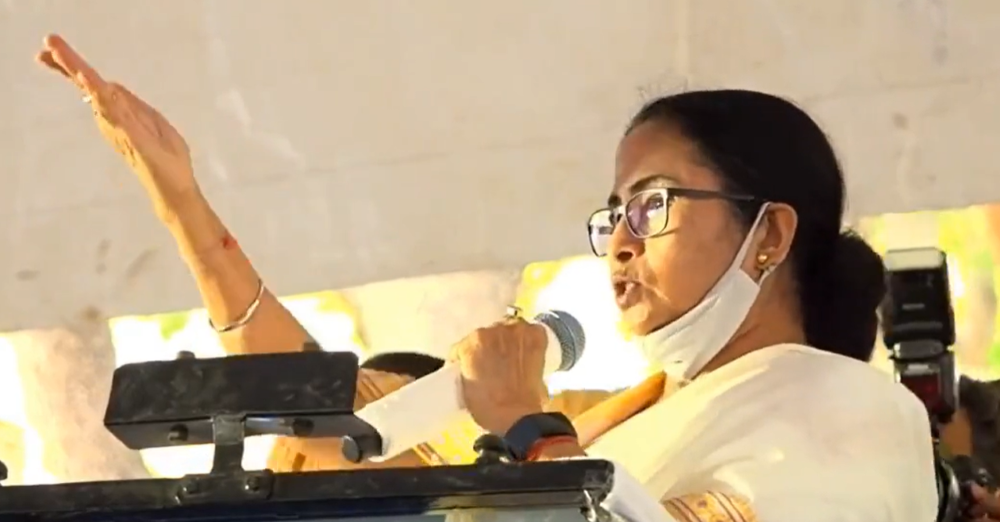 Will fight 2024 polls with Nitish, Hemant and Akhilesh: Mamata Banerjee

Kolkata: West Bengal Chief Minister Mamata Banerjee Thursday expressed solidarity with her Bihar counterpart Nitish Kumar, who has recently launched a campaign against his former ally BJP, urging the opposition parties to come together to oust the Narendra Modi government at the Centre in the 2024 Lok Sabha polls.

Recalling her past success of defeating the 34-year-old Left Front government in West Bengal, the Trinamool Congress chief said politics was like a battlefield and her party was experienced in fighting long battles.

Referring to the arrest of three Jharkhand MLAs who were caught last month with large amounts of cash by the police in West Bengal, Mamata said she foiled the BJP's attempt to topple the Grand Alliance government led by Hemant Soren in Jharkhand.

She also lashed out at the media for blowing out of proportion the minor internal conflicts within the political parties.

Mamata accused the media of using her occasional differences with nephew Abhishek Banerjee for raising TRP.

She then went on to hit out at the BJP-led Centre for the arrest of Birbhum MLA Anaubrata Mandal in an alleged cattle smuggling case.

Anaubrata's incarceration wouldn't help the BJP in winning seats in the constituency as leaders of the Birbhum would fight till he was released, said the TMC chief. Anubrata would come out of the jail like a "braveheart", she asserted.

Mamata Banerjee said she would not attend the unveiling of Netaji Subhash Chandra Bose's statue near the India Gate in Delhi as she wasn't given a proper invitation for the event, media reports said.

An officer of the undersecretary level gave her the invitation letter yesterday, informing her about Wednesday's event.

The bureaucrat told Banerjee that "the PM will inaugurate the Netaji statue at 7 pm and you must be there at 6 pm", she said.

Expressing her strong disapproval over the way she was invited, she said, "As if I am their servant. How can an undersecretary write to a Chief Minister? Why has the culture minister become so big."

"That's why I garlanded the Netaji statue here in the afternoon today to offer my respects," she was quoted as saying by NDTV.

Prime Minister Narendra Modi will inaugurate a 28-foot statue of Netaji Subhash Chandra Bose near India Gate and a refurbished Central Vista with the Rajpath road renamed as "Kartvavya Path".

Banerjee also pointed out that she had not been invited to meet Prime Minister of Bangladesh Sheikh Hasina, who is on a four-day visit to India.

The West Bengal CM said she wasn't invited though she had heard that Sheikh Hasina wanted to meet her and pointed out that this was the first time that Bengal had been left out during the visit of the PM of the eastern neighbour.

Mamata Banerjee said she shared an excellent relationship with Sheikh Hasina's family. She also said that she was curious as to why the BJP-led central government was "worried" about her meeting Sheikh Hasina, according to the NDTV report.

She wanted to refrain from commenting on external affairs or bilateral ties, but the Centre tried to stop her whenever any foreign country invited her, Banerjee claimed.

"I want to know why the Union government is so worried about me meeting foreign dignitaries," she remarked, the report said.