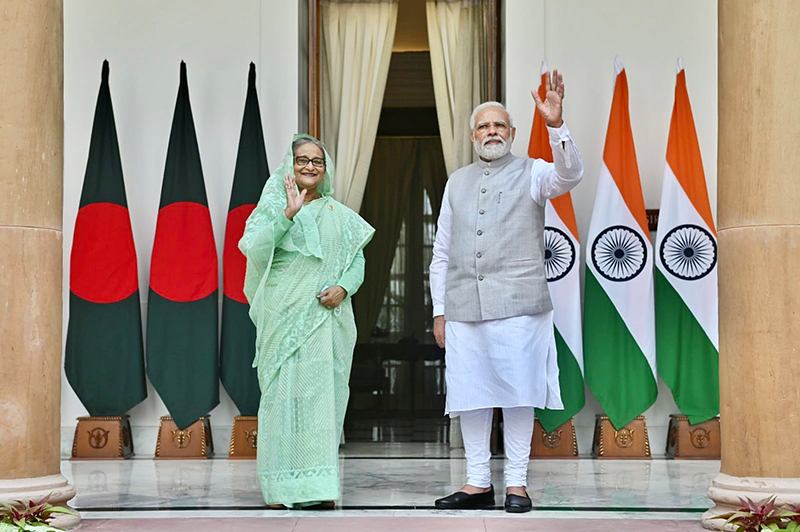 The two South Asian neighbours will also discuss further economic cooperation in the backdrop of the global economic downturn and the Russia-Ukraine war.

The two Prime Ministers earlier had an informal discussion.

After bilateral talks, Dhaka and Delhi are likely to sign several deals and MoUs on water management, railways, science and technology as well as information and broadcasting.

Earlier, Sheikh Hasina visited the Rashtrapati Bhavan where she was received by Modi at a ceremonial reception

The Bangladesh Premier is expected to address a meeting with top business leaders and attend a ceremony to award "Mujib Scholarship" to descendants of soldiers and officers of Indian soldiers who were killed or critically wounded during the 1971 war.

She will visit Khwaja Gharib Nawaz Dargah Sharif at Ajmer before returning to Dhaka on Sept 8.