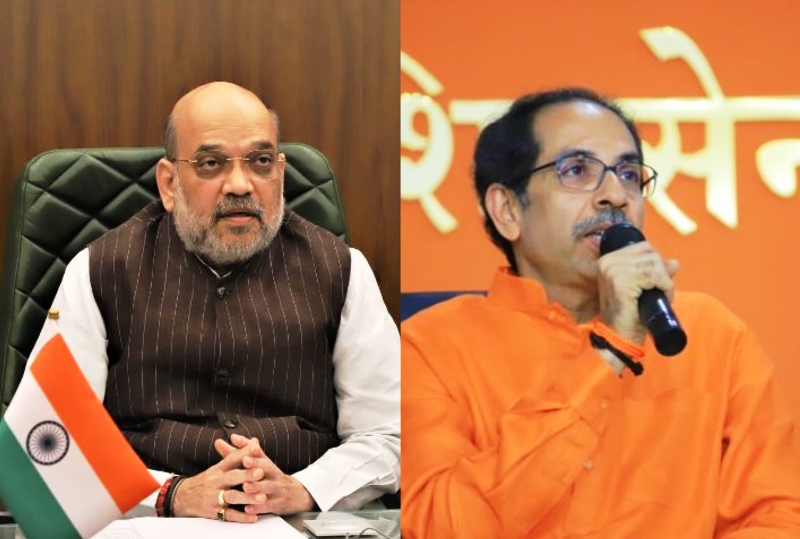 'Uddhav Thackeray needs to be taught a lesson for betraying BJP': Amit Shah

Shah, who is on a two-day trip to Mumbai, was addressing party leaders here and said Uddhav Thackeray had not only betrayed the BJP but also betrayed the ideology and insulted the mandate of the people of Maharashtra.

The top leader of BJP, said, "We never promised to make Uddhav the CM, Uddhav cheated BJP, and the people of this state. therefore, he deserves to get punished."

Shah further said Uddhav is greedy for power, and "those who cheat in politics should be punished".

Shah held a meeting with party MPs and MLAs in Mumbai on Monday, Maharashtra Deputy Chief Minister Devendra Fadnavis was also present in the meeting.

The BJP, which formed the government in Maharashtra along with the Eknath Shinde group and gave a blow to Uddhav Thackeray, is still not in the mood to stop its campaign against Thackeray.

Amit Shah, who arrived in Mumbai Sunday for his two-day visit to the financial capital, said Uddhav Thackeray has betrayed the BJP and he needs to teach him a lesson.

Shah also reviewed the preparations for the Bombay Municipal Corporation (B MC) elections.

Shah said in the BMC elections, the focus of mission 150 should be worked on.