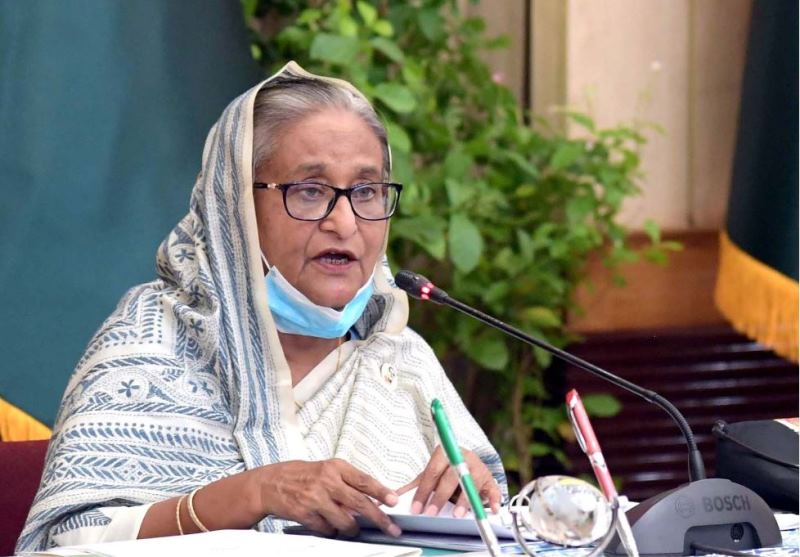 Bangladesh does not depend on Indian cows, says PM Sheikh Hasina on cattle smuggling issue

Dhaka: At a time when the politics of India and West Bengal are heated due to allegations of cattle smuggling across the Indian border into Bangladesh, the Prime Minister of Bangladesh, Sheikh Hasina, on Sunday said that Bangladesh does not depend on cows from India.

A day before her visit to India, during a conversation with ANI, she expressed concern about the cattle smuggling on the India-Bangladesh border.

"Cow smuggling should be stopped immediately. I assure you, trafficking will stop. This is being discussed. I will discuss it. But India has to be a little patient," Hasina said.

She said quite clearly, "We don't depend so much on India's cows. Our country has its own cows. We are increasing the supply of cows ourselves. Because it is necessary for the economic independence of the country."

The Bangladesh Prime Minister has made it clear that her country does not depend on smuggled cows.

In that interview, Sheikh Hasina said, "Cow smuggling at the border has now decreased somewhat. But still, some isolated incidents are happening. Efforts are being made to stop it."

Hasina added that the border guards of the two countries are talking to each other regularly on the issue.

Currently, the Central Bureau of Investigation (CBI) and the Enforcement Directorate (ED) are jointly probing a cross-border cattle smuggling racket.

Several influential persons, including a BSF official, a state police officer and a top leader of West Bengal's ruling party, have been arrested in connection with the case while many have been interrogated.