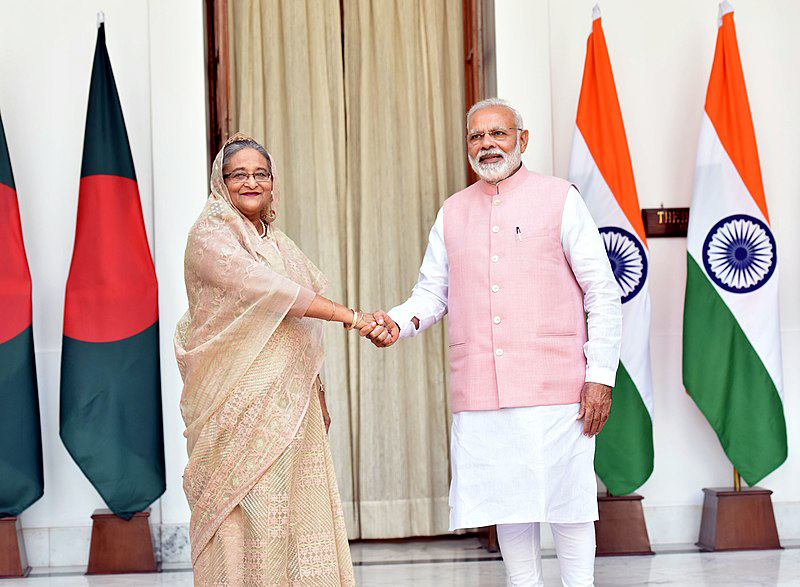 In a free-wheeling televised conversation with ANI on Sunday, a day before her visit to India, Sheikh Hasina said that while the pandemic was spreading rapidly, the Covid-19 vaccines were being provided to neighbouring countries under India's Prime Minister's Vaccine Partnership Programme.

She appreciated the attitude of the Modi government in this regard. She emphasized close cooperation between the two neighbours.

"There may be differences of opinion, but these should be resolved through negotiation. In several cases, India and Bangladesh have done that," Sheikh Hasina said.

One of these was the evacuation of Bangladeshi students who, like many Indians, were stranded in Ukraine and its neighbouring countries after the conflict broke out.

"I really want to thank the Indian Prime Minister that during this war between Russia and Ukraine, many of our students were stuck there and they came to Poland to seek refuge. But when you rescued your (Indian) students, brought back Bangladeshi students too," Hasina said.

"Our students returned home safely. By doing this, you clearly showed a friendly attitude. I thank the Prime Minister of India for this initiative,” she added.

Responding to a question about the vaccine partnership programme of the Indian government, Sheikh Hasina said it was a very "prudent" initiative taken by Prime Minister Modi.

She said, "I really thank Prime Minister Modi for this initiative and in this way he has contributed vaccines not only to Bangladesh but also to some other South Asian countries and it is really very helpful."

"Apart from this, we have also bought vaccines with our own money and many other countries have also contributed," Hasina added.

Sharing details about the vaccination programme in Bangladesh, Sheikh Hasina said that her country has administered the Covid-19 vaccines to 90 percent of its population.