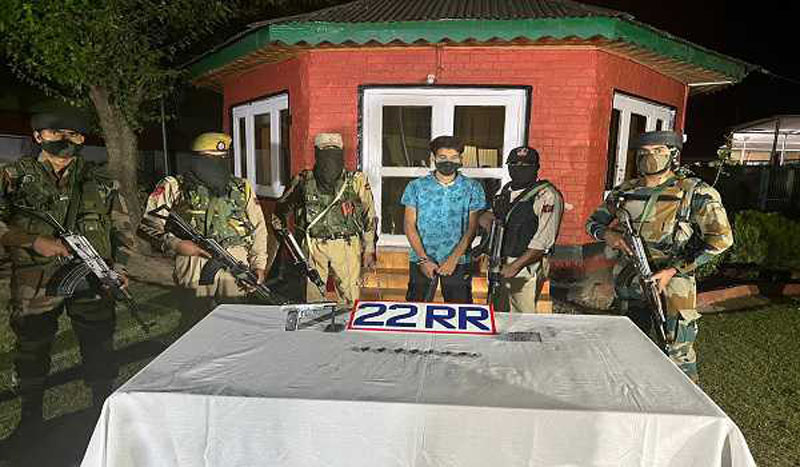 They said the arrest was made at a joint checkpoint set up by Police, Army and CRPF at Shangergund Sopore.

“During checking, at about 9.40 pm suspicious movement of a person coming from village Check Brath link road was noticed and was subsequently asked to stop, but he tried to flee from the spot. He, however, was tactfully apprehended. Upon his personal search a pistol, a magazine and eight pistol rounds were recovered from his possession,” a police officer in Sopore said.

He was identified by police as Saqib Shakeel Dar of Mumkak Batpora and at present was living at Checki Brath Sopore.

“Preliminary investigation has revealed that the arrested person is working as hybrid terrorist of proscribed terrorist organization LeT and was in a constant search of an opportunity to carry out attacks on security forces and civilians,” he said.

Police said a case was registered under relevant sections of law at Police station Sopore and investigation was taken up.