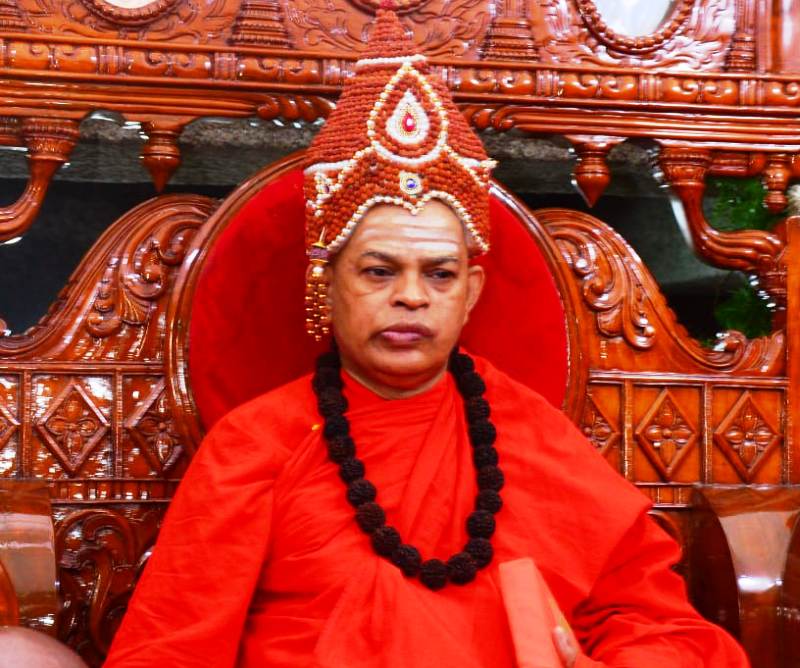 Bengaluru/IBNS: The chief of Karanataka's Murugha Math, Shivamurthy Murugha Sharanaru, accused of rape charges and arrested Thursday, has been sent to police custody for four days by a local court.

Shivamurthy Sharanaru has been arrested after allegations of sexual abuse from school girls.

He was taken to the court Friday evening in a wheelchair from the intensive care unit of a hospital in Chitradurga, 200 km from Bengaluru, where he got admitted earlier in the morning due to health complications.

The police had sought to keep the seer for five days in order to question him.

The court criticised the police for not informing it that the seer has been shifted to a hospital from the jail. It directed the jail authorities to give medical reports.

The police will have to ensure proper medical care being extended to the seer in their custody, and he should be taken to the hospital only if his health condition worsens, the court said.

Another accused, Rashmi, has been arrested and three more are on the run.

Shivamurthy Sharanaru, chief of one of the key Lingayat seminaries in the state, had earlier claimed innocence and said the allegations against him were part of a long-drawn conspiracy.

Earlier this month, the girls, both students of Murugha Math, had approached a non-governmental organisation (NGO) in Mysuru and said they were being abused.

On Aug 31, FIRs were registered against Shivamurthy Sharanaru under POCSO and the SC/ST Act, since one of the survivors belongs to the Dalit community.

The police made the arrest Thursday following protests by Dalit organisations.