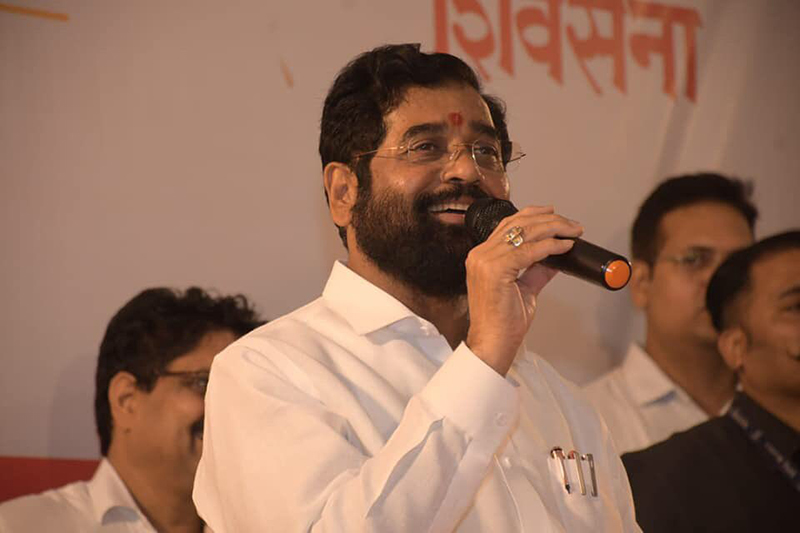 Mumbai/UNI: Ahead of the Supreme court verdict on the leadership and faction issue in the bifurcated Shiv Sena, Maharashtra Chief Minister Eknath Shinde paid a surprise visit at the residence of Milind Narvekar, personal secretary to Sena chief Uddhav Thackeray, on the occasion of Ganesh festival.

According to sources close to the Shinde faction, the rebel-turned-Chief Minister visited Narvekar's home at Bandraon Thursday.

The sources insisted it was "purely a visit for a darshan of lord Ganesha" and "it has nothing to do with the ongoing legal battle".

When the rebel MLAs supporting Shinde went to Surat a few months back, Narvekar had traveled to Gujarat for holding talks with them.