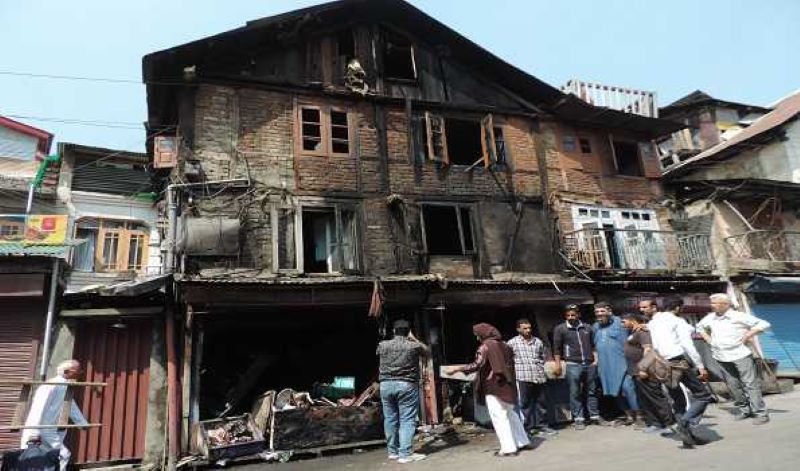 Srinagar/UNI: A residential building and three shops were razed in a fire in Srinagar Thursday.

No one was injured, officials said.

Fire and Emergency service officials said it broke out in a shop at Barbarshah area in the city earlier in the day and engulfed two other provisional stores causing extensive damage to properties.

Fire tenders from the nearby stations rushed to the spot and doused the flames. The cause of the fire is believed to be due to an electric short circuit.