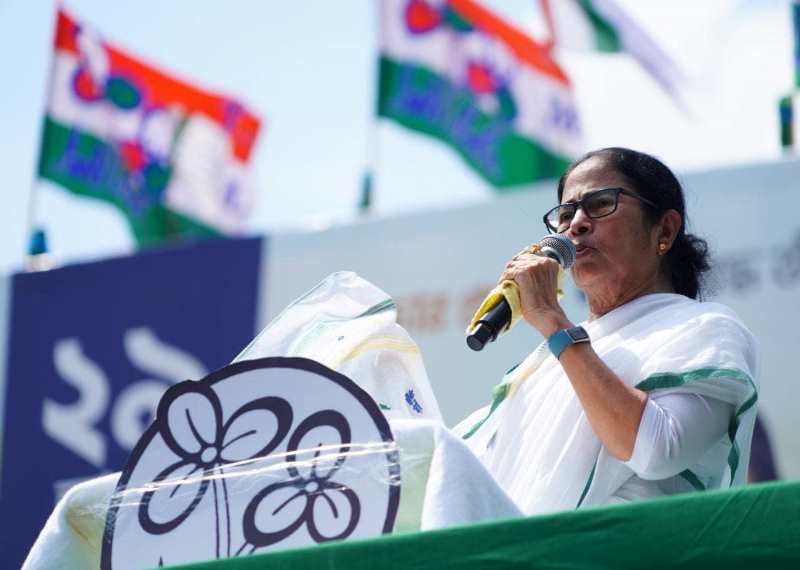 'If probe proves I have encroached on any property illegally, you can bulldoze it': Mamata Banerjee after PIL over her relatives' assets

Kolkata/IBNS: West Bengal Chief Minister Mamata Banerjee Wednesday said if anyone can prove that she has encroached on properties illegally, the same can be bulldozed without even informing her.

"If it is proved that I have encroached upon any property or helped someone in doing that, it can be bulldozed and there is no need to ask me," she added.

"I have no power hunger, I am there in politics as people want me. When the public will not want me to be in this field, I will leave," Banerjee said.

She also said that if her family members get a notice from any of the central government probe agencies, she would fight them legally.

"If my family gets notice (from central agencies), I will fight it legally, though it has become tough these days. I have faith in the judiciary," the chief minister said at a press conference.

"They (BJP) allege that the coal scam proceeds are going to Kalighat, but they don't name anyone. Is the money going to Maa Kali?" she said.

This comes as a PIL has been filed in the Calcutta High Court alleging an exponential rise in the assets of relatives of Mamata Banerjee in recent years seeking an investigation into it by a central agency.