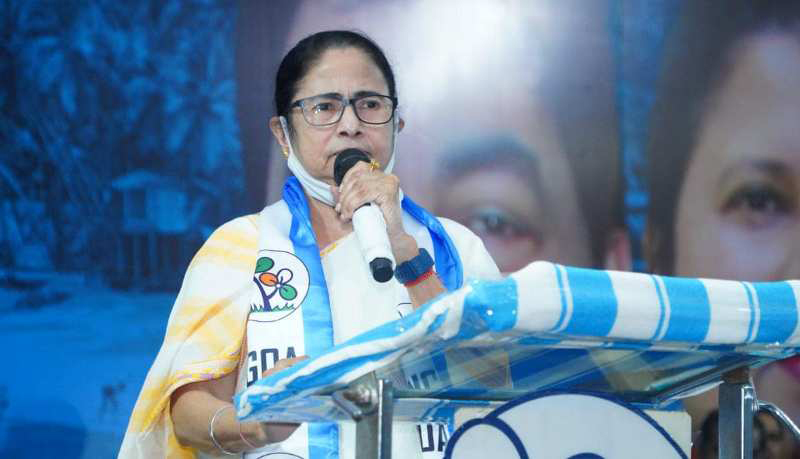 Am a lawyer and might show up in court someday: Mamata Banerjee

Kolkata/UNI: West Bengal Chief Minister Mamata Banerjee Thursday said she is a Bar Association member and therefore might show up in the court someday.

Speaking during handing over of Block B in the New Secretariat to Calcutta High Court on Thursday, Banerjee said, "I wish to tell them that I, too, have passed the law and am a Bar Association member. I even have an ID Card. I have also appeared in human rights cases. You never know, I might show up in court someday. "

"Our judiciary is the last frontier for getting justice and upholding constitutional rights. It is the pillar of democracy, it is the pillar of commoners, who eagerly hope for justice from the courts. Please let the judiciary remain sanctified, " she stated.

Appealing to judges to clear all backlog cases and not prolong people’s search for justice, Banerjee said, "People have faith in our judiciary. The press and the judiciary are both vital for a healthy democracy. If one loses its credibility, the other will lose its credibility too. "

"I have another important request, please let us not resort to media trials. Let us rely on the truth and hard facts and evidence, and not on hearsay reports. Instead of defaming, let us project real news, " the Chief Minister averred.

"Our government helped in the establishment of seven POCSO Courts, and 19 Human Rights Courts. We have also started the Siliguri Circuit Bench of Calcutta High Court, " she said adding, "Calcutta High Court is one of the oldest High Courts in our country, and with an increasing number of cases, lawyers and the judiciary, there was a paucity of space at the current premises. "

"The lack of space at the Calcutta High Court premises was affecting the judicial work. The Chief Justice of Calcutta HC had requested additional space and had only requested that the new building be somewhere near the current premises. Else, it would have been difficult for lawyers to move from one place to another. It would have also led to unnecessary time loss, " Banerjee said.

"HIDCO has also allotted 10-acre land for an annexe building of the Calcutta High Court. This will be coming up shortly, " she added.

"Calcutta High Court has witnessed great cases during the Independence movement. It is the oldest and the golden High Court of our country, " she said.