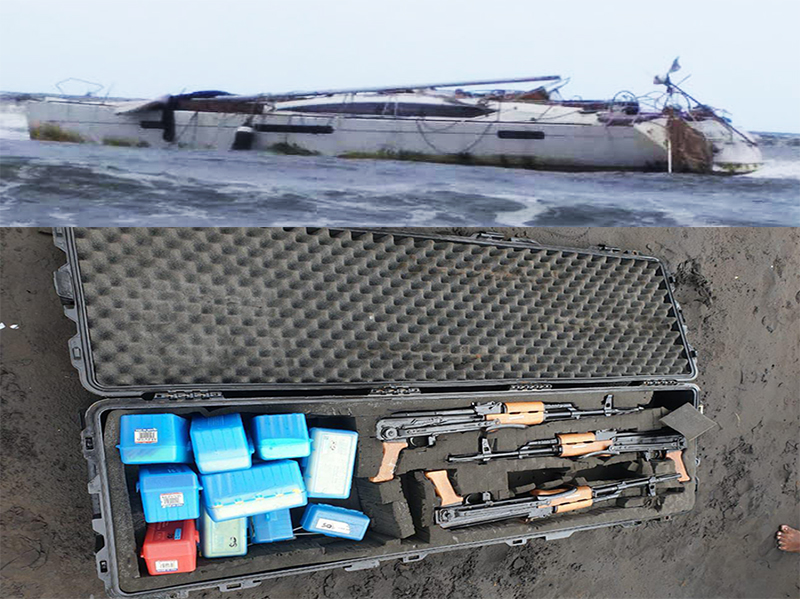 Mumbai: After the boat, carrying three AK-47 rifles, explosives and bullets, that washed up on Mahrashtra's Harihareshwar beach in Raigad district was prima facie found to have no terror links, Neptune P2P Group, an international firm providing maritime security has issued a statement giving more information on the vessel.

"In June 2022, Neptune P2P Group provided private security on the vessel ‘MY Lady Han’. The yacht was damaged during a monsoon in the Arabian Sea, causing the Captain to declare an emergency. While the crew were rescued, the yacht was unable to be salvaged due to the extreme weather conditions," the statement read.

Earlier this morning, Neptune P2P Group were made aware that the vessel, which was presumed sunk, had washed up on Indian shores, it said.

After the recovery of the arms-laden boat,  another dinghy was found near Dive aagar coast in Shrivardhan coast. 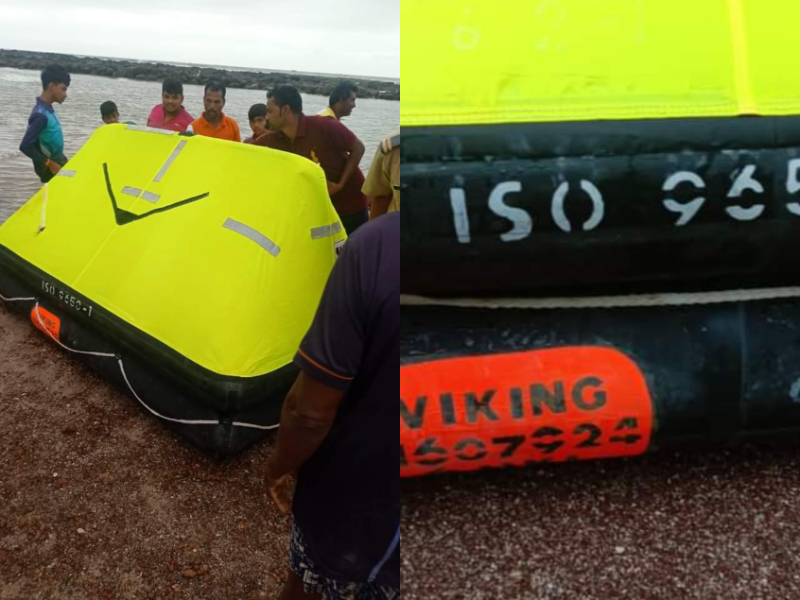 Following the recoveries, NCP MLA from Shrivardhan (Raigad), Aditi Sunil Tatkare said, "As per primary info, some boats containing weapons and documents found in Harihareshwar and Bharadkhol of Shrivardhan in Raigad. Local Police is probing, I've demanded the Chief Minister and Deputy Chief Minister to urgently appoint a special team of ATS or State Agency."

The locals, who spotted the boat floating by itself with no crew members at around 190 km from Mumbai this afternoon, alerted the security agencies.

The district police rushed to the spot and recovered the boat, after which the Maharashtra Police sounded a high alert.

Later, Maharashtra Deputy CM Devendra Fadnavis told reporters that primary investigations did not point towards a terror link, and it was learned who owned the boat and how it washed up on Indian shores.


“A 16-meter abandoned boat owned by an Australian woman has been recovered. It was going from Muscat to Europe, but the boat's engine broke down in the sea in the middle and drifted towards the coast due to high tide,” Fadnavis said.

"Its crew was rescued by a Korean boat. The boat in a half-broken condition came towards the Konkan coast due to high tide. It reached the Harihareshwar beach," he added.

But, keeping in mind the coming festive season, police and administration have been instructed to be prepared, he added.

He said that Central agencies have been informed and asserted that there was no possibility of taking the incident lightly.

Fadnavis confirmed  that three AK-47 rifles were found on the boat, which was also, earier, confirmed by SP Raigad Ashok Dhudhe.

The ATS has taken up the case and also working on it. If the situation demands, additional forces will also be deployed, he said.

All the precautions needed to be taken as per the norms of abandoned caution situations have been taken, Fadnavis told the reporters.

However, Fadnavis iterated that no terror links have been ascertained so far and the boat just drifted to Harhareshwar shore.

"There is no confirmation of any terror angle so far. The boat has just drifted here. We are not ruling out anything, investigating all aspects. Police have been asked to be on high alert," he stated.

"Also we can't say why were there ammunition present on the boat right now. The matter is being investigated," he said.

The Union home ministry is keeping a close watch on the Raigad situation. The Centre is in communication with the authorities in Maharashtra over the terror scare.