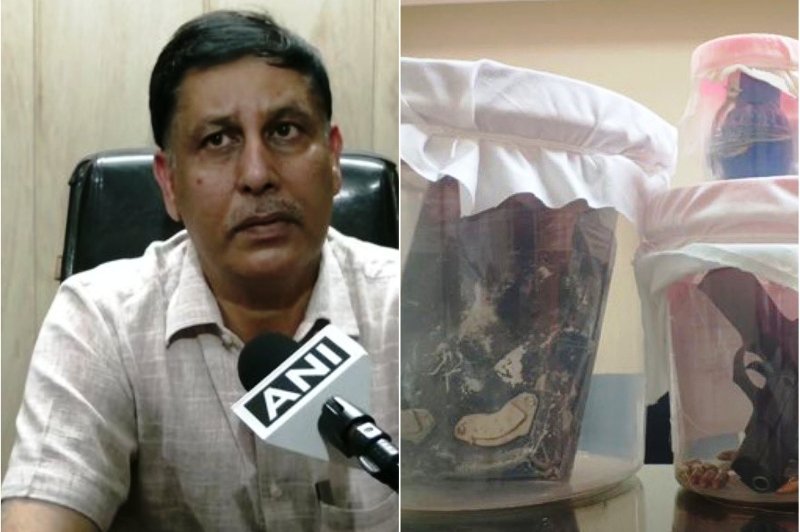 Police said, two men can be seen dressed in white kurtas and had their faces covered with a cloth.

The bomb was spotted by a person cleaning the car in the morning and he informed the Sub-Inspector.

The bomb disposal squad was immediately called in and the IED was safely removed from the vehicle.

Punjab Police has launched an investigation into the incident.

Preliminary investigations revealed that the bomb was connected to the ignition of the car and it would have been triggered the moment the vehicle's engine was started.

The incident comes two days after the Punjab Police foiled a major terror attack ahead of Independence Day by arresting four members of an ISI-linked terror module.