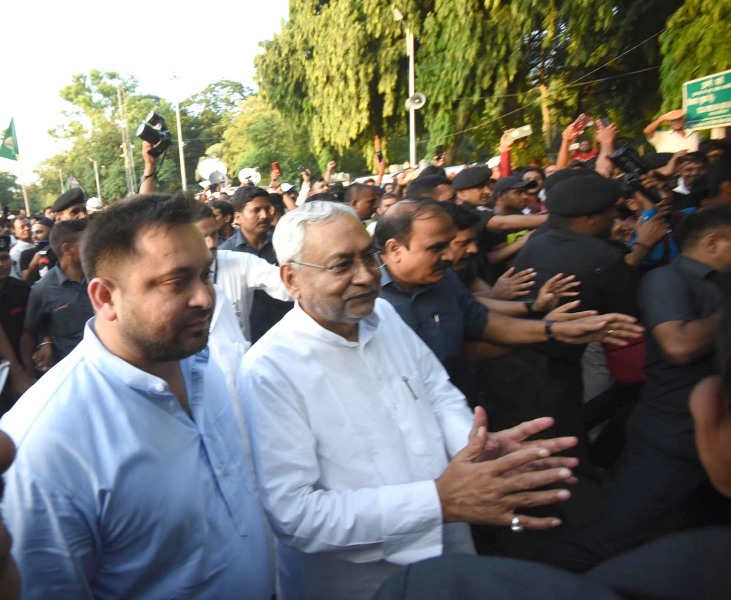 Two legislators from the Congress and one from Jitin Ram Manjhi's HAM (Hindustani Awam Morcha) and one Independent member will also take the oath.

The Bihar cabinet can have a maximum of 36 ministers.

The ceremony will be held around 11.30 am at the Raj Bhavan, reports said.

Kumar and his deputy, Tejashwi Yadav, took oath on August 10.

Kumar is likely to retain all ministers from his party barring one.

Ally RJD is likely to name a new set of ministers cutting across castes, going by its new "A to Z" slogan.