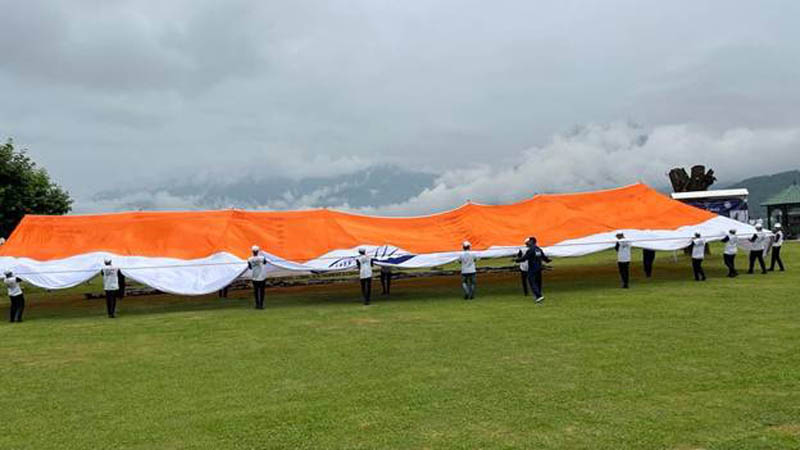 Jammu and Kashmir: 7500 Sq Ft Tricolour displayed at Dal Lake as part of celebration of 75 years of Independence

New Delhi: The Ministry of Tourism, Govt. of India (North), Institute of Hotel Management Srinagar and Himalayan Mountaineering Institute (HMI), Darjeeling in a joint effort displayed a 7500 Sq. Ft Indian Tricolour at the bank of Dal Lake, Srinagar on Monday.

This was as part of celebrating  75 years of  Independence and Azadi Ka Amrit Mahotsav.

Lt Governor of Jammu and Kashmir Manoj Sinha was the Chief Guest and addressed on this historic event. 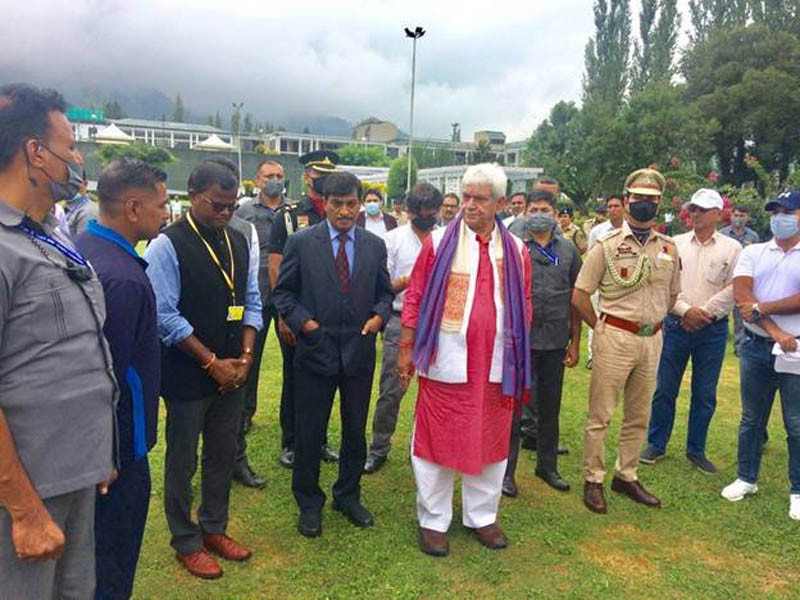 In his speech Lt Governor extended warm greetings to the people of Jammu & Kashmir and talked about the developmental plan for next 25 years.

The Flag itself weighed 80-85 kg with supporting elements. It is pertinent to mention that Team HMI had displayed the same Flag first time in Sikkim Himalayas in April 2021 and subsequently, at Victoria Memorial, Kolkata on 15th Aug 21 and at Statue of Unity, Gujarat on 31 Oct 2021.

Thereafter, the Flag was displayed at Antarctica, setting the World Record of Largest National Flag of any country displayed for the first time in Antarctica.

Now, in line with Govt. of India’s Har Ghar Tiranga campaign and also Azadi Ka Amrit Mohotsav, the Flag is being displayed in Srinagar.

The Flag, before arrival in Srinagar, was displayed in Darjeeling on 08 Aug 2022 on the occasion of 80 Years of QUIT INDIA MOVEMENT.

Since, the Flag is so huge in size, it was made in three panels.

Special attention was given to its stability factor and safety anchors were appropriately fitted, so that the Flag can withstand the weather extremities from high velocity mountain winds to subzero temperature of Antarctica and also other extreme weather elements. 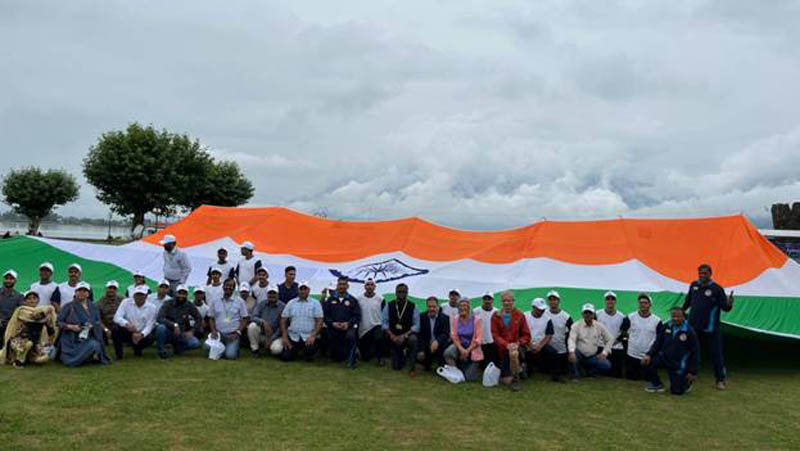 The events was also attended by people from all walks of life including representatives from travel trade & hospitality sector, hoteliers, Govt. officials, students, media and others.