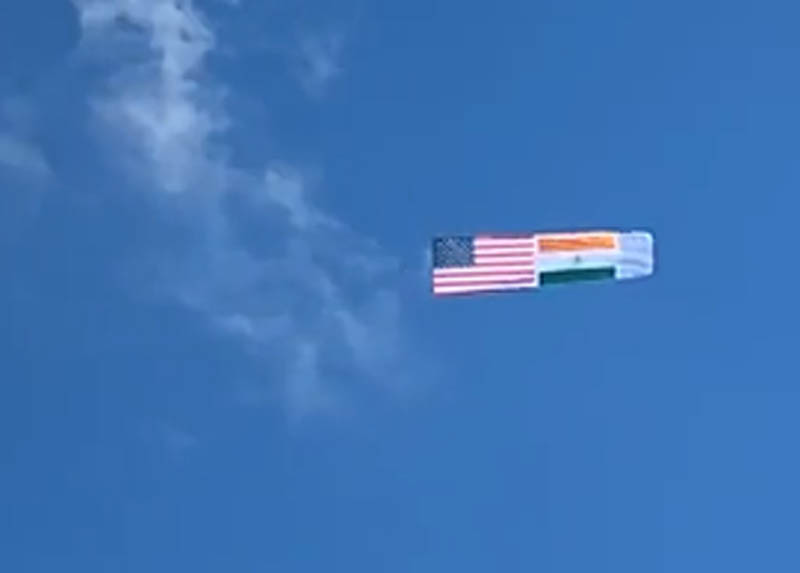 Boston:  A 220-feet US-India flag flying high in the sky over Boston earned the attention of people as the first-ever India Day Parade to mark the 75th anniversary of the country's independence was observed in the US city recently.

Marked by bands of veterans, scores of floats reflecting the diversity of both India and the United States, amidst a patriotic flavor and songs, the Indian Day Parade was attended by thousands of people from more than 30 countries, Indian news agency PTI reported.

The parade was led by former Indian pacer RP Singh.

A flag speaks volumes about a nation-its history, culture and progress. Proud to wave the flag that reflects our nation!🇮🇳🙏🏻#IndependenceDay #Boston #India #75thIndependence #RPSwing pic.twitter.com/DokpqssdnT

He tweeted: "A flag speaks volumes about a nation-its history, culture and progress. Proud to wave the flag that reflects our nation!"

“The first ever India Day Parade in Boston was a historic success. All credit goes to the Indian-Americans in the city and the volunteers who worked day and night to make this a grand success,” community leader Abhishek Singh, the president of the Federation of Indian Associations-New England which was the organiser of the parade, told PTI.

Singh, the brain behind the India Day Parade in Boston, said that he was inspired by Prime Minister Narendra Modi’s call for celebrating 75 years of Independent India as “The Azadi Ka Amrit Mahotsav” across the world.