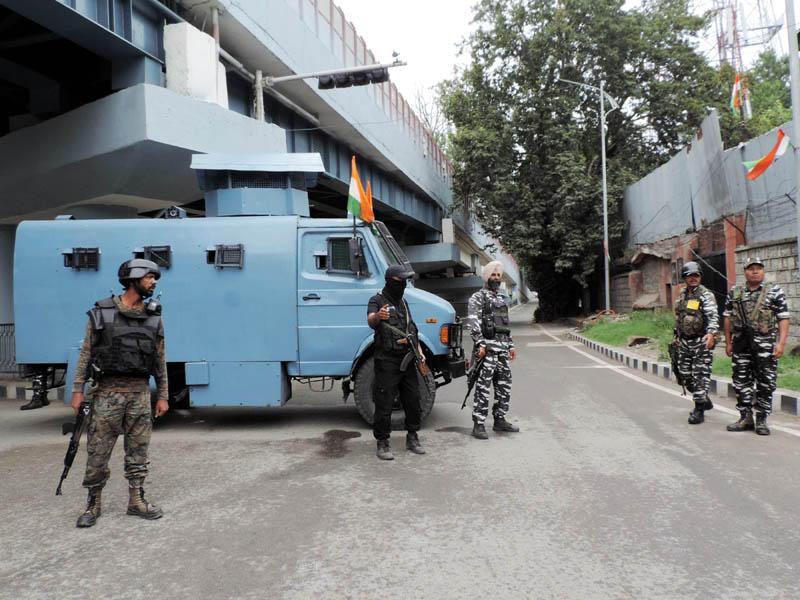 Srinagar: A Jammu and Kashmir policeman who was wounded during an anti-militancy operation on eve of Independence Day in Srinagar’s old city area succumbed to his injuries, police said on Monday.

The policeman identified as constable Sarfaraz Ahmad, a resident of Batote Ramban was injured in a brief exchange of fire in Nowhatta area on Sunday evening in which a militant was also wounded.

“The injured policeman was shifted to hospital where he succumbed today,” a police officer said.

He said two bike-borne militants had fired at the police party which was retaliated, triggering a brief ‘chance encounter’.

Police said the scooter used by two militants of Lashkar-e-Taiba was seized from the incident site.

“Besides, one AK-74 rifle and two grenades were recovered,” he added.

A massive search operation was later conducted by the joint forces in the area to trace the militants.

However, sources said, the militants managed to escape taking advantage of darkness.

Two policemen have been killed in the last 30 hours.

A policeman Tahir Khan of Mendhar, Poonch was killed in a grenade attack at Qaimoh Kulgam during the intervening night of Saturday and Sunday.