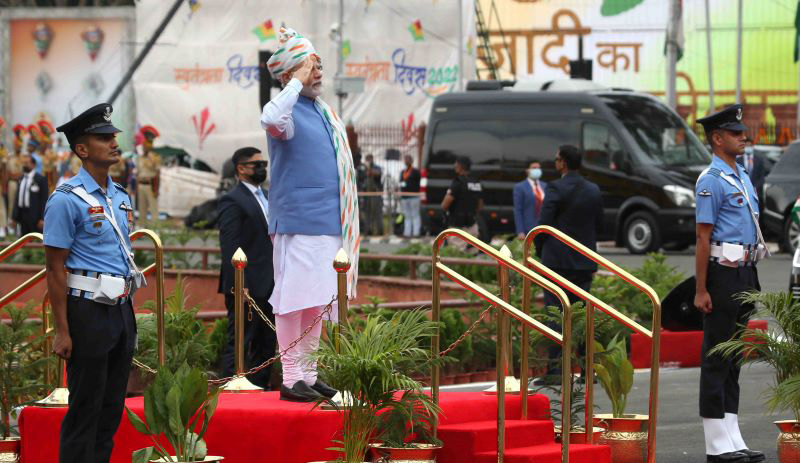 New Delhi/UNI: Highlighting that digital movement will bring revolutionary changes in education, health and agriculture sectors, Prime Minister Narendra Modi Monday in his Independence Day address to the nation said India will play a key role in the current "techade".

He referred to the current decade as "techade" to imply the role technology is playing in different fields.

Modi said that the movement of digital India, the step towards semiconductor, 5G and expansion of optical fibre network are not mere symbols of modern age and progress but there are three key strengths which are embedded in them.

"Transformation in education will happen through digital India. The digital infrastructure would bring revolutionary change in the health sector. A major change would happen in agriculture too with the adoption of digital India," he said.

Modi said that a new world is in the making and India is going to make significant contributions towards it.

"This decade is going to be the Techade, decade of technology. India, which has proved its power in the IT sector, has the potential and capability to lead the techade," Modi said.

"Our Atal Innovation Missions, Incubation centres and our start-ups are giving rise to a new domain and bringing new opportunities for the younger generation. Be it Space Mission or Deep Ocean Mission, these are new areas and we are making progress in these areas," he said.