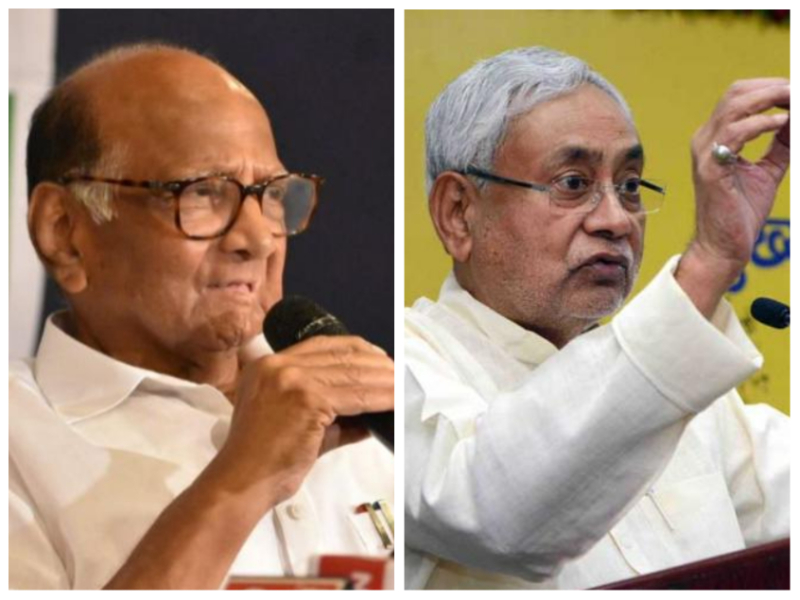 Patna/UNI: After break up with BJP, the JD (U) leaders in Bihar have started pitching for Chief Minister Nitish Kumar as Opposition's prime ministerial candidate in the 2024 Lok Sabha elections. But the NCP on Sunday dismissed the possibility, stating that the candidate selection would be done by the elected MPs of the opposition parties after parliamentary elections.

Vice-president of Bihar unit of NCP Navin Kumar Singh said here on Sunday that JD(U) leaders are quick to project Nitish Kumar as the Opposition's PM candidate for the next LS polls.

What they are saying simply crops from Nitish's move to exit NDA to join hands with RJD, he said.

"How could JD(U) leaders on their own project Kumar as PM candidate of opposition?" he asked as he went on to highlight NCP president Sharad Pawar as more suitable for being the Opposition's Prime Ministerial candidate.

"NCP president Sharad Pawar has wider acceptability as PM among all opposition parties at national level, while Nitish Kumar is not so acceptable outside Bihar," Singh said, pointing out that Pawar was tipped as a common candidate of the opposition for recently held Presidential elections but he had refused the offer.

Pawar could have accepted the offer had the ruling BJP and its allies also supported him as he was in favour of keeping Presidential elections above party politics, he said.

The NCP leader said that all elected MPs of the opposition would decide on the PM candidate after the 2024 Lok Sabha elections.

It was pleasant to note that what BJP had done with Maha Vikas Aghadi (MVA) government in Maharashtra, was repaid in the same coin in Bihar on August Kranti diwas, he remarked.