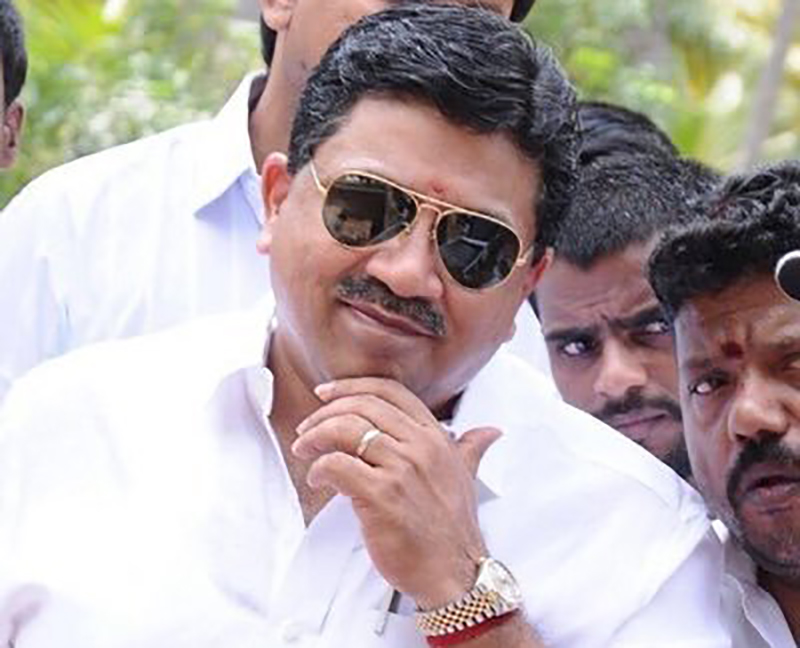 Chennai: Five BJP workers have been arrested after a slipper was hurled at Tamil Nadu Finance Minister Palanivel Thiaga Rajan's car in Madurai.
The minister was in Madurai to pay respects to Rifleman D Lakshmanan who laid down his life while fighting terrorists in the Rajouri district of Jammu and Kashmir.

According to an NDTV report, police said all were BJP members, and why they threw the slipper on the minister's car could be learned only after an investigation.

The report said citing a DMK member that BJP state president K Annamalai also wanted to pay tribute to the martyred soldier but the minister pointed out that this would be a violation of protocol as only designated members, including the Collector, ought to be part of this.

Despite unwillingness, DMK later allowed Annamalai to pay his respects.

"Annamalai broke military protocols for a photo opportunity. Last respects are only done by regiment. Annamalai wanted a photo op with the body. He has posted this picture at the service. He should have paid respects in the house/village, not at the military service," a DMK office bearer was quoted as saying by NDTV.