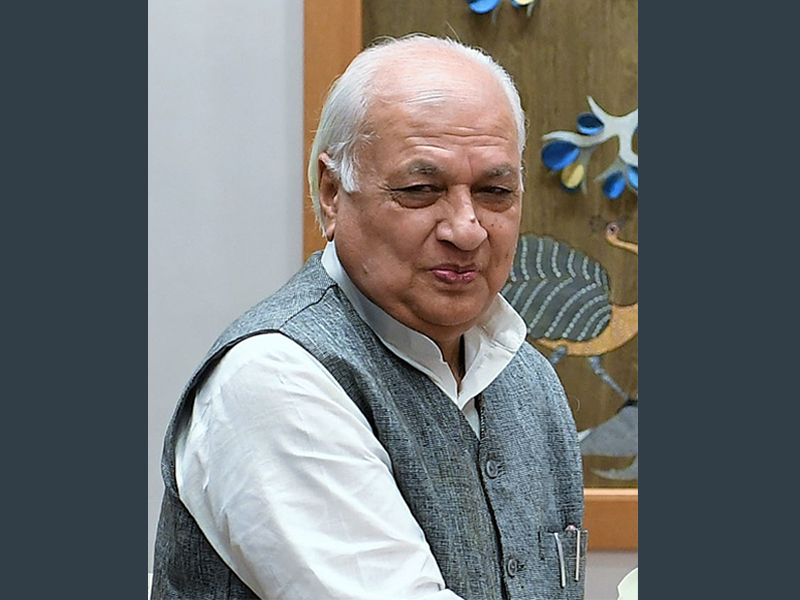 Kerala Governor Arif Mohammed Khan, a votary of reforms in Muslim personal laws, told Indian Express in an interview that the ban on Rushdie’s Satanic Verses, the overturning of the Supreme Court's verdict in the Shah Bano case, and the decision to open the locks of the Babri Masjid, did monumental harm to the country as these issues were dealt with not on merit but to build vote banks.

Kerala Governor Arif Mohammed Khan, a votary of reforms in Muslim personal laws, told Indian Express in an interview that the ban on Rushdie’s Satanic Verses, the overturning of the Supreme Court's verdict in the Shah Bano case, and the decision to open the locks of the Babri Masjid, did monumental harm to the country as these issues were dealt with not on merit but to build vote banks.

"In a civilised society, there is no room for violence or taking the law into one’s own hands. This heinous act deserves severe condemnation," he said when asked how he sees the attack on Rushdie's life 33 years after a fatwa was issued against him by Iran’s Ayatollah Khomeini.

He said violence in the name of blasphemy is reprehensible and violates basic scriptural teachings that prescribe to ‘turn away from vain talk and say: To us our deeds and to you yours: Peace be on you, we seek not engagement with ignorant (Quran 28.55)’.

Khan said India was the first country to ban Rushdie's book Satanic Verses, evoking demands in Pakistan to ban the book, which spilled to other Muslim countries in the form of violent protests. Eventually, the Muslim countries began competing with each other on the issue and then came Iran's fatwa.

"It is intriguing that India was the first country in the world that banned the book. Next day there was a protest march in Pakistan and anger was shown on the ground that India had acted, but the Muslim government of Pakistan had not banned the book. On the first day itself, more than 10 lives were lost and property worth crores burnt down. Later, Muslim countries started competing with each other and the fatwa of Iran came," he said in the interview with Indian Express.

The Kerala governor, who was a Member of Parliament then, said that he was told in response to a question in Parliament, three months after the ban on the book, that not a single copy had been seized and the book had record sales after the ban.

Further, he said, "It is also interesting that Sri Syed Shahabuddin, who played a crucial role in getting the Shah Bano judgment overturned, was the man who wrote to Sri Rajiv Gandhi demanding the ban, and he was immediately obliged. Mr Shahabuddin himself later admitted that personally he had not read the book and the ban was demanded on the basis of some news reports."

In 2015, senior Congress leader P Chidambaram, who was Minister of State for Home at the time of the ban on Satanic Verses, said the decision was wrong, and many Congress leaders found fault with the somersault on Shah Bano as well.

However, in 2017,  it was the Congress leaders who were again supporting the (All India Muslim) Personal Law Board and did not allow the law banning triple divorce to be enacted in the Rajya Sabha.

The law could be passed in Rajya Sabha only after the Congress numbers in the Upper House were reduced, he said.

"All these issues which you have referred to were dealt with not on merit but purely to build sectional vote banks, and the consequences proved disastrous for the country," he maintained.

Asked if it was time to lift the ban on the book after all these years, Khan said possibly, it should be as "decision-makers were themselves not sincere about the ban, they made no attempt to stop sales of the book".

"Freedom of expression is a sacred right, it is part of our fundamental rights, (there is) sort of a national commitment to uphold it. More than that, it is part of our cultural heritage," he opined when asked how should politics in a democracy like India, where identity politics plays a big role, should respond to challenges to freedom of expression.

"Historically, India is known not only for promotion of knowledge and wisdom but also for its free spirit. For example, Charvaka rubbished everything that Indians held sacred but nobody abused him or threw a pebble at him. Instead he was referred to respectfully as Mahatma, an acknowledgement of his cerebral powers," he noted.

Noting that "Ishninda (criticism of God) is a term of recent vintage", he pointed out that "it explains the proverbial Indian tolerance or respect and acceptance of diverse traditions".

"These unfortunate episodes make it abundantly clear that it is extremely dangerous to compromise long-term national interests at the altar of political convenience," he underscored.