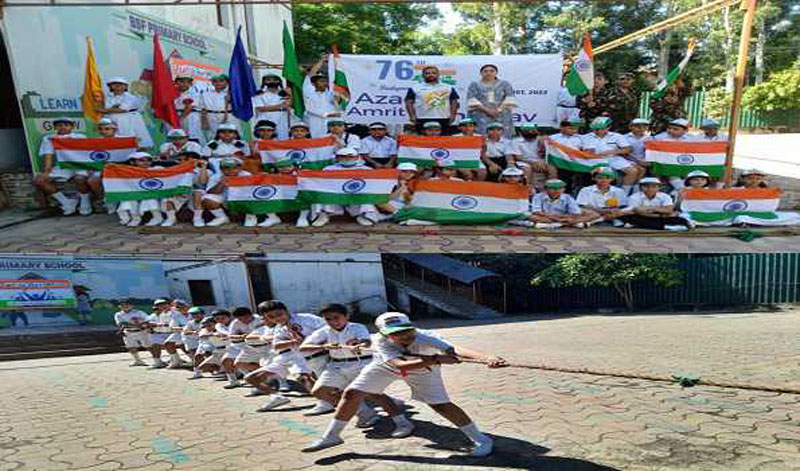 Jammu: A Tug of War competition was organised on Saturday for Under 14 Boys and Girls competition at BSF Primary School here to mark 75th Independence Day celebrations.

As per official communique, the two days competition was organised by the Sports Department. Head Master of the school, Sonia Gupta, was the Chief Guest on the occasion.

In Boys section, Gandhi House beat Tagore House in the final and the third place was bagged by Raman House.

The competition was officiated by Sunil Gupta and Rameshwar Singh Jamwal, Sports Incharge of the School.