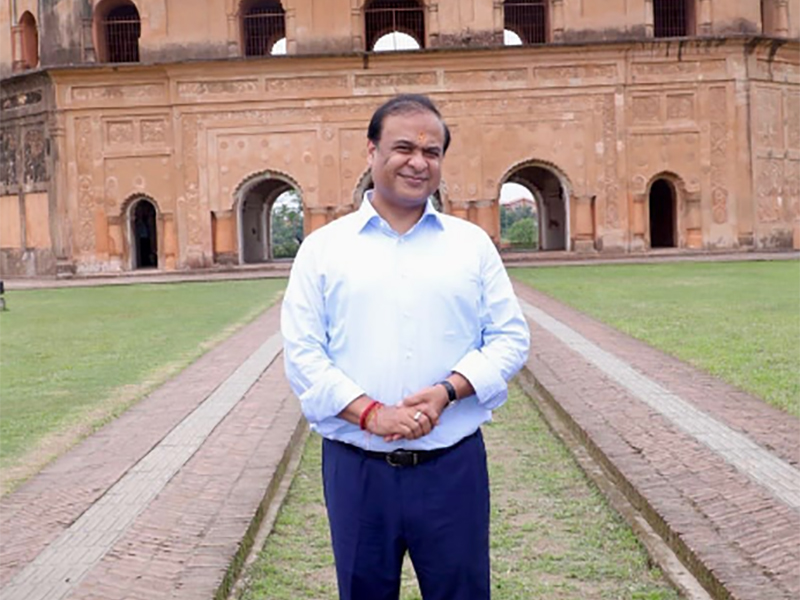 Speaking on the occasion, Chief Minister Dr. Sarma while thanking Ashok Sarma and others for undertaking the cycle rally said that during the journey, the participants of the rally should spread the message of ills of environmental degradation and the actions people should promote for protecting nature.

He also said that in view of the dwindling forest cover, global warming has become a major concern. In view of this, he called upon the people to plant more saplings and take steps for their survival.
The Chief Minister also requested the participants of the Cycle Rally to spread the message of independence and help the younger generation to imbibe the feelings of patriotism among them.

The Chief Minister also called upon the people that on the occasion of Azadi Ka Amrit Mahotsav they should take a resolution to make the society greener.

He also said that on the culmination of 75th year of India’s independence, the period of the country’s journey towards 100th year of its independence has been marked as ‘Amrit Kal’.

On this occasion people should take a pledge to work to make the country a Viswa Guru.

Earlier, on the occasion of the celebrations of Azadi Ka Amrit Mahotsav, Chief Minister Dr. Sarma also participated in a Prabhat Pheri taken part by the school and college students and others to mark the beginning of the nationwide Har Ghar Tiranga campaign.

The procession started from Kamrup Academy School where every student wielded National Flags traversed through Guwahati Club, Ambari, Dighalipukhuri etc. chanting Vande Mataram which reverberated the ambience of the city.

The Chief Minister thanked the students for their spontaneous participation which really made the ‘morning march’ successful.

Education Minister Dr. Ranoj Pegu, Advisor to Education Dr. Nani Gopal Mahanta and a host of other dignitaries were present on the occasion.