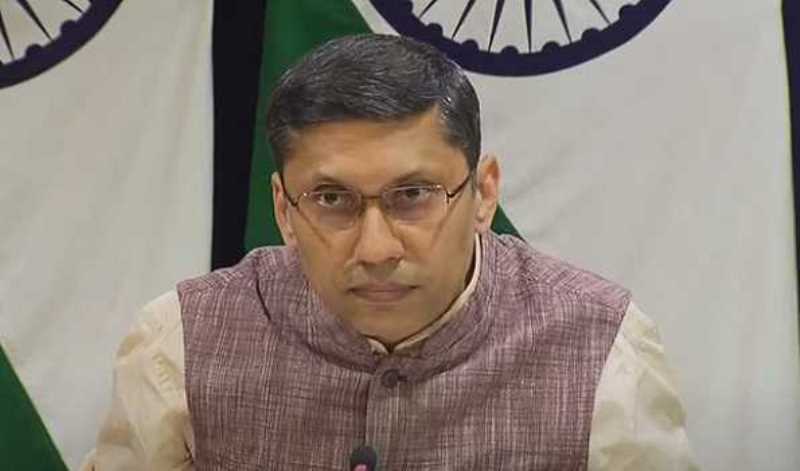 New Delhi: Expressing concern over the Taiwan strait crisis, India on Friday called for restraint and avoidance of unilateral actions to change the status quo.

"Like many other countries India too is concerned at recent developments, we urge the exercise of restraint, avoidance of unilateral actions to change the status quo, de-escalation of tensions and efforts to maintain peace and stability in the region," MEA spokesperson Arindam Bagchi said addressing a weekly media briefing.

India's relevant policies are well known and consistent, they do not require reiteration, he said answering a query on India's position on one China principle.

China claims Taiwan as its territory and has always spoken against foreign dignitaries visiting the island. Taiwan, however, rejects China's claim.

On another query on tensions at the border with China, the spokesperson said, "We have consistently maintained the necessity of mutual respect, mutual sensitivity and mutual interests as the basis of development of ties."

Answering a query on status of India's oil purchases with Russia, Bagchi said that India's decisions on purchase of oil will be guided by its energy security requirement.

We will continue to follow that. Foreign secretary has said there is no question of any pressure on such issues, he added.