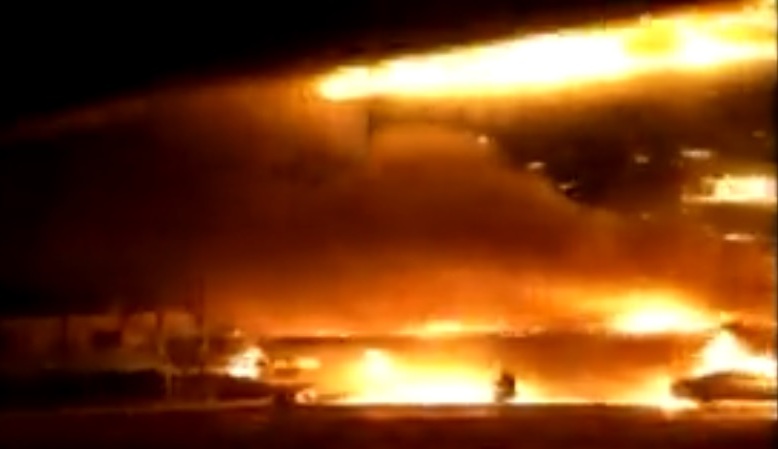 New Delhi/IBNS: As many as 27 people were rescued after a massive fire broke out at a five-storey hotel near Gujarat's Jamnagar on Thursday evening, police said.

The hotel was destroyed, but no one was seriously injured in the incident, said Jamnagar District Superintendent of Police Premsukh Delu.

"The fire started at about 7:30 pm and spread quickly. Twenty-seven guests were staying in 18 of the total 36 rooms. They were all rescued by police. Hotel staff too is safe," he said.

The blaze was brought under control around 10:30 pm.

Firefighters from Jamnagar fire brigade and Reliance (which has a refinery in the area) were pressed into service, the police officer added.

#WATCH | A fire broke out in a hotel in Gujarat's Jamnagar. Fire tenders present at the spot. More details awaited. pic.twitter.com/bxCPPe3Cec

As per the preliminary investigation, a short circuit has been detected as the cause of the fire, the police said.

Some 2-3 people have complained of breathlessness and have been admitted to a hospital.