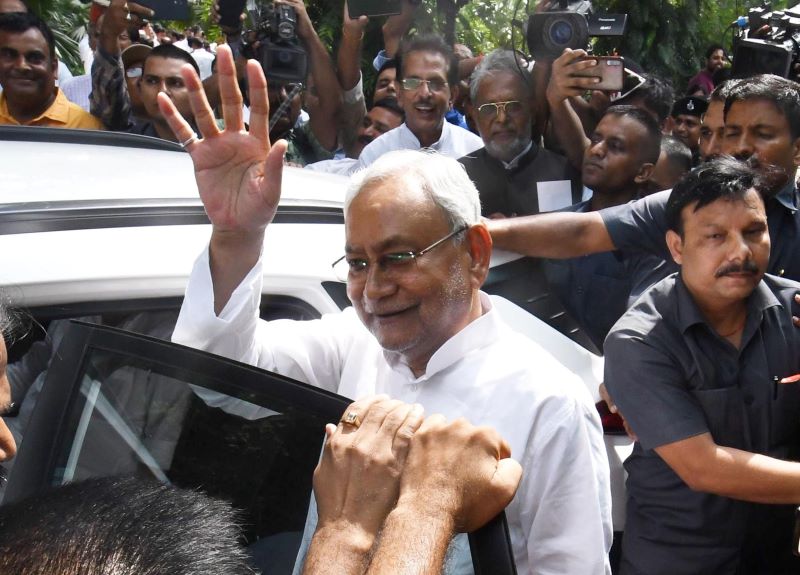 The Bharatiya Janata Party (BJP), which was basking in the glory of winning back control over Maharashtra politics, had a deja vu moment Tuesday after it lost the key eastern Indian state of Bihar, courtesy Chief Minister Nitish Kumar's yet another political somersault. Only this time the saffron camp was the casualty.

In 2017, Nitish had dumped the single largest party Rashtriya Janata Dal (RJD) and Congress over corruption allegations against then Deputy Chief Minister Tejashwi Yadav to rejoin hands of the BJP, which has the largest footprint in the political map of the country. 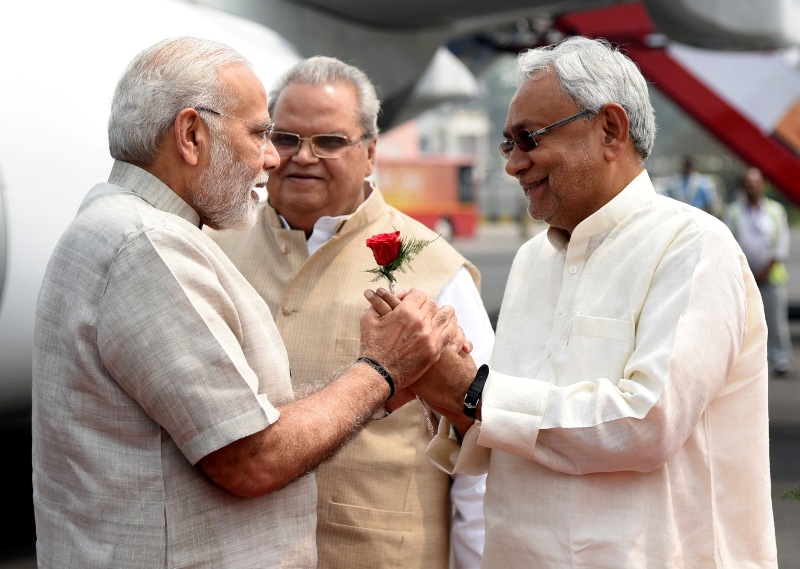 After taking oath for the record eighth time as the Chief Minister at 2 pm Wednesday, Nitish, who heads the Janata Dal (United), trained his guns immediately at BJP's poster boy Prime Minister Narendra Modi claiming the latter will struggle to repeat his political magic in the next Lok Sabha polls in 2024.

RJD chief Lalu Prasad Yadav's son Tejashwi, who once again became Nitish's deputy, like many other anti-BJP parties, including the Left, which has 16 seats in Bihar assembly, have once again started believing that Modi and his party can be defeated in 2024, which was widely seen as a cakewalk for the saffron camp.

Political analyst Praveen Rai, who works for Centre for the Study of Developing Societies (CSDS), feels the Bihar episode is a "boost" for the Opposition camp. 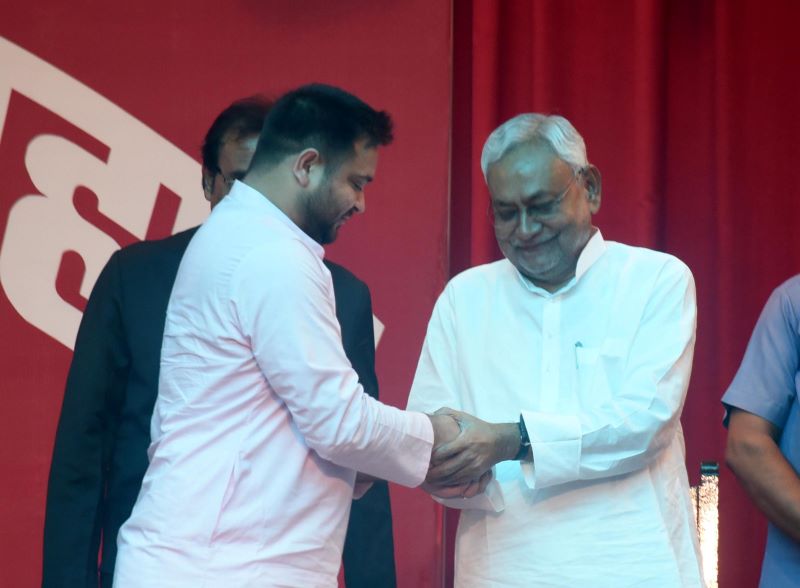 "It will be a boost to the Opposition whose morale was extremely low. For now at least, the loss of power in Maharashtra has been neutralised with the formation of the (new BJP-less) government in Bihar.

"It gives hope to the Opposition camp," said Rai, adding that the rift in the JDU-BJP alliance started from the 2020 Bihar polls only.

Despite claiming to be a non-PM aspirant, 71-year-old Nitish, who has the experience of running Union Ministries including the high profile Railway, cannot be ruled out to be a section of Opposition's choice as the PM candidate against Modi in 2024.

In this case, Nitish can have a stiff competition from the likes of Congress MP Rahul Gandhi, West Bengal Chief Minister Mamata Banerjee, Delhi Chief Minister Arvind Kejriwal, Nationalist Congress Party supremo Sharad Pawar, all of whom are eyeing roles in the national politics.

Rai, however, believes that Nitish's joining in the anti-BJP club may also have a boomerang effect on the Opposition.

"Nitish, who is a tall, Hindi speaking leader, can become one more Prime Ministerial candidate. His joining in the Opposition camp can bring unity or give a negative impact in the long run with Mamata Banerjee throwing her hat, Arvind Kejriwal remaining mum, while Rahul Gandhi is also there.

"In that case, it will really fracture the Opposition unity giving a huge advantage to the BJP," Rai says.

With Mamata's chips down at the moment following the discovery of heaps of cash from her key minister's aide's premises in ED (Enforcement Directorate) raids and the Gandhis battling the probe agency as well as voters' rejection of Congress, it remains to be seen how actually the trajectory of an anti-BJP leadership unfolds in the run up to the 2024 general elections in the aftermath of Bihar episode.