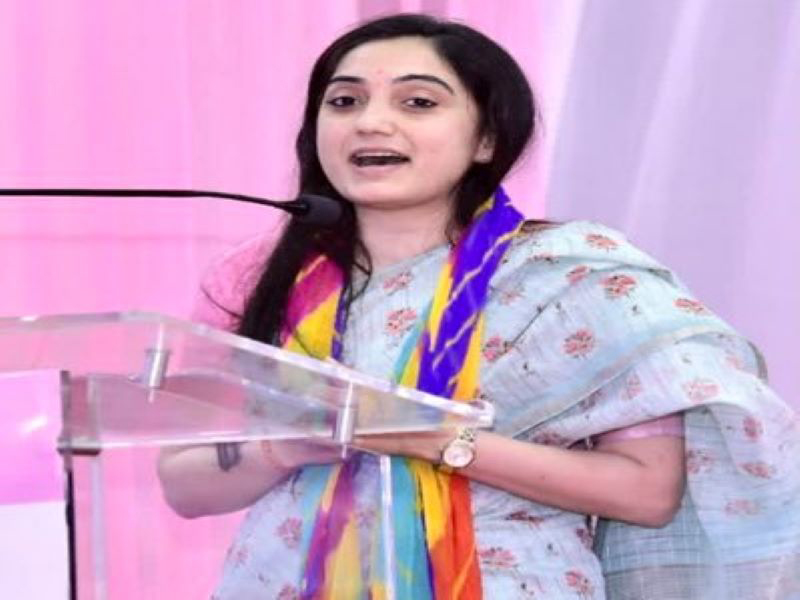 New Delhi/UNI: The Supreme Court in its order said that since it has already taken cognizance of the serious threat to the life and security of the petitioner, suspended BJP leader Nupur Sharma, it directs that all the FIRs against her shall be transferred and clubbed for the investigation to Delhi police.

The Supreme Court in its order also extended the interim relief in the case, till further hearing to Nupur Sharma, it directed that no coercive action against her would be done till the case is heard by the Court.

The Bharatiya Janata Party (BJP) had suspended her from the party spokesperson post after she allegedly made certain remarks against Prophet Mohammad during a TV News channel debate.

On Wednesday, the Supreme Court's two-judge bench, headed by Justice Surya Kant and also comprising Justice JB Pardiwala, passed the order, after going through the petition filed by Sharma.

The apex court in its order refused to quash the FIRs registered against her, but, it asked her to approach the Delhi High Court for the same.

The Supreme Court in its order said all the FIRs (First Information Report) to be lodged in future (if any) would also be transferred to special cell of Delhi Police, which would probe them.

The Supreme Court in its order said, "we direct that the Maharashtra FIR and Delhi Police IFSO (Intelligence Fusion & Strategic Operations), unit FIR will be investigated together and the other FIRs be clubbed with them. Since IFSO is a specialised agency they can investigate the FIRs.The IFSO may take the help of other state agency if it feels necessary."

The Bench of the Supreme Court, during the course of the hearing, wanted to know from Maninder Singh, the lawyer of Sharma, that as to whether the first FIR was registered in Delhi.

Singh replied yes, and added that "I am only saying to kindly follow the same order as in Mohammed Zubair's case.

"The most important fact is that there is a theat to my (Nupur Sharma) life," Singh told the Supreme Court bench.

The Bench observed that let both the Delhi and Mumbai FIR be investigated in Delhi and the rest be clubbed and transferred.

"The clubbing of FIRs is a necessity keeping in view the situation. We can understand that," the Supreme Court led by Justice Surya Kant observed.