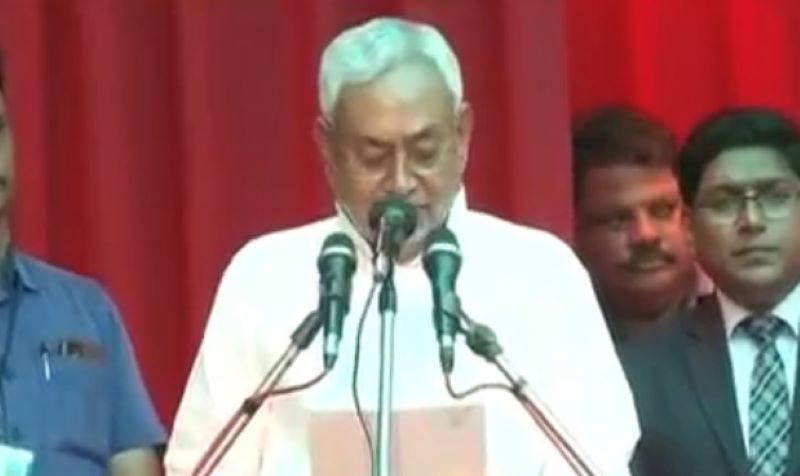 Nitish became the Chief Minister this time in an alliance with the Rashtriya Janata Dal (RJD) and Congress.

After taking the oath, Nitish said, "I left the NDA agreeing to the demands of my party people."

"I am not a Prime Minister aspirant," he added.

This comes a day after Nitish dumped the ally Bharatiya Janata Party (BJP), resigned as the Chief Minister and restitched the Grand Alliance, which he had left in 2017.

"Mahagathbandhan (Grand Alliance) of seven parties, one Independent will work closely. We have 164 MLAs, who have all signed the letter of support," Nitish said after his second meeting with Governor Phagu Chauhan Tuesday.

BJP state unit president Sanjay Jaiswal Tuesday accused Nitish of having "backstabbed" the saffron outfit as well as the people's mandate of 2020.