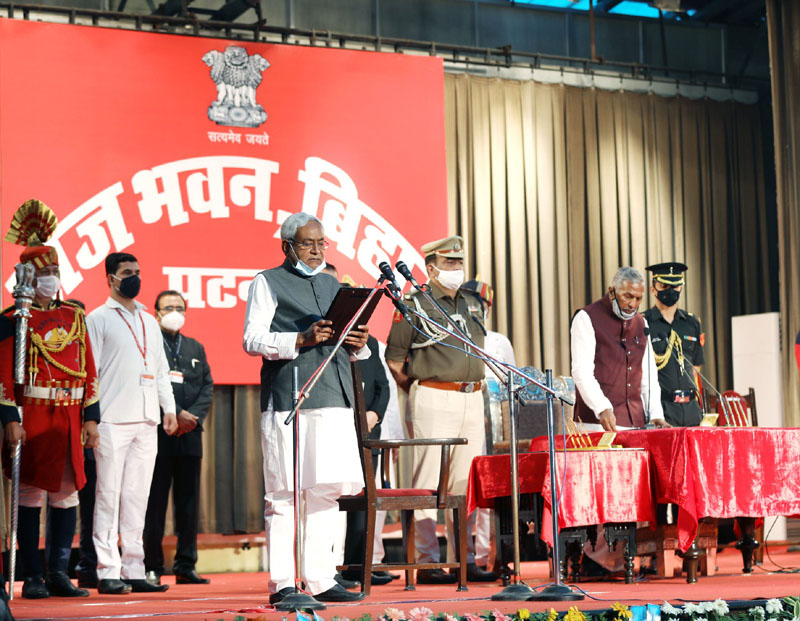 Patna: Nitish Kumar will take oath as the Chief Minister of Bihar on Wednesday, marking a major development in the political paradigm of the state.

Nitish, 71, first quit the BJP-led National Democratic Alliance, headed to the Governor House to resign as the Chief Minister and then joined hands with Lalu's son Tejashwi to launch the Grand Alliance 2.0 on Tuesday.

Less than an hour later, he returned to the Governor, accompanied by Tejashwi Yadav and other Opposition leaders, to state that they should be invited to form the next government based on their combined strength.

Bharatiya Janata Party (BJP) state unit president Sanjay Jaiswal on Tuesday accused Kumar of having "backstabbed" the saffron outfit as well as the people's mandate of 2020.