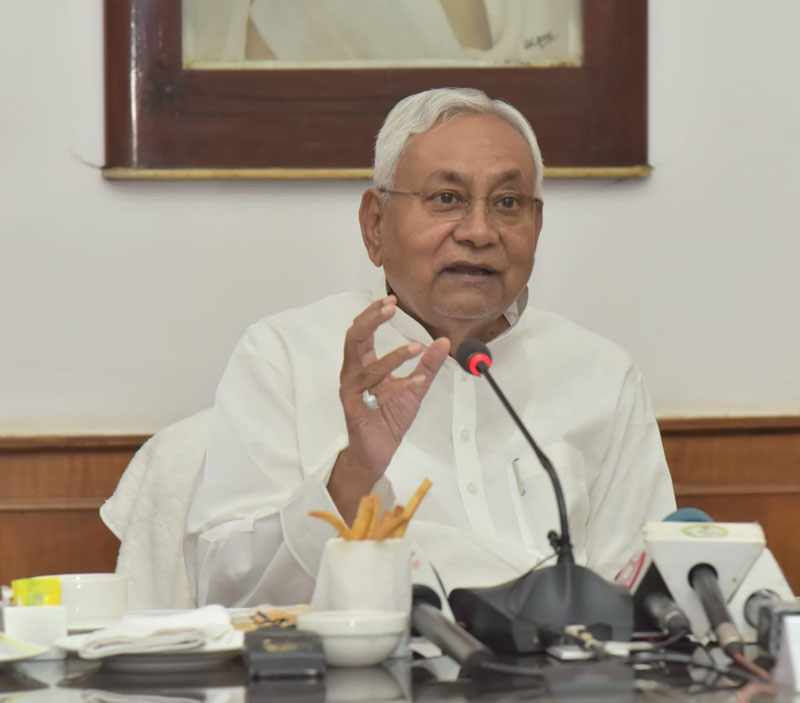 Patna: Apparently aggrieved at Nitish Kumar's decision to walk out of the NDA in Bihar, Bharatiya Janata Party (BJP) state unit president Sanjay Jaiswal on Tuesday accused him of having "backstabbed" the saffron outfit as well as the people's mandate of 2020.

"Nitish Kumar has back-stabbed both BJP as well as the people of Bihar," Sanjay Jaiswal said.

Sanjay Jaiswal said that the people of this state will never "forgive and forget" what Kumar has done and teach him a lesson in the future.

He said the BJP - keeping the promise made by Prime Minister Narendra Modi and Union Home minister Amit Shah during the 2020 Assembly Elections - made Nitish Kumar Chief Minister even after his party JD(U) bagged only 43 seats as against BJP's 74.

In a stunning blow to the BJP, Bihar Chief Minister Nitish Kumar on Tuesday submitted his resignation after walking away from NDA and joining hands with the RJD-led Grand Alliance, proposing to form a new coalition government in the state.

Kumar met Governor Phagu Chauhan at around 4 PM and staked his claim to form a government, with a letter of support from a majority of legislators in the Assembly.