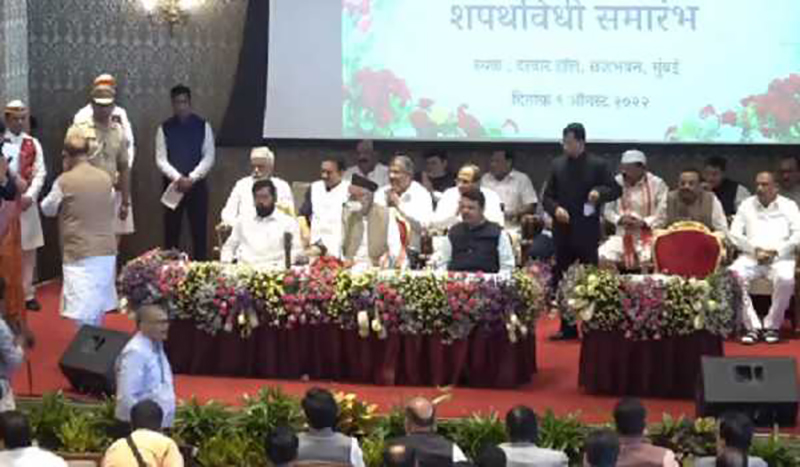 Mumbai/UNI: Maharashtra Chief Minister Eknath Shinde Tuesday finally got his cabinet of ministers as 18 new faces took oath 40 days after Shinde and his deputy Devendra Fadnavis were sworn in.

The 18 new ministers, nine each from the BJP and the Shiv Sena (Shinde group), took oath at the Raj Bhavan.

Shinde earlier met Shiv Sena legislators at the Sahyadri guest house in south Mumbai apparently to pacify those who will not be sworn in.