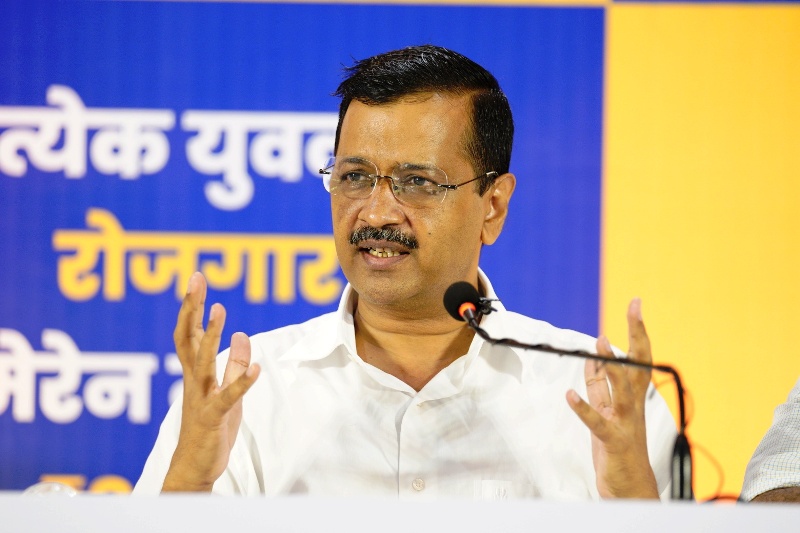 No one talks about freebie of corporate loans waivers of 10 lakh crores: Arvind Kejriwal

New Delhi/UNI: Aam Aadmi Party (AAP) national convener and Delhi Chief Minister Arvind Kejriwal on Monday hit out at the critics of his government's campaign for free civic amenities for the public of health, education and water.

The Aam Aadmi Party (AAP) convenor said that his government's public-centric schemes are lambasted as a freebie, no one talks about the "actual freebie" which is enjoyed by the friends of the current regime.

"An environment is being created in the country to label the government benefits enjoyed by the citizens as something which is pushing government treasury into debt. This travesty of the people's rights is abhorrent when we are celebrating the 75th year of India's independence," the AAP leader said during his TV appearance.

"Loans and taxes of Rs 10 lakh crores taken from government funds by the corporate friends are being written off but if someone is utilizing the same fund to ensure free education and health for the citizens then it's termed as "revari". Is it a crime to uplift the standard of living of our citizens?" He stated.

The Delhi CM also cited examples from a few countries where basic health and education are taken care of by their governments.

"Countries such as Denmark, Canada, Norway and Spain provide their citizens with quality and free facilities from education to health but never call it freebies or revari. These countries don't compromise government fun to waive off the huge loans of their corporate friends," he added.

Kejriwal's remarks were directed at BJP led regime at the Centre without taking its name.

Last month, Prime Minister Narendra Modi cautioned people against what he called a "rewari culture" of offering freebies for votes, adding such practices were "very dangerous" for the development of the country.