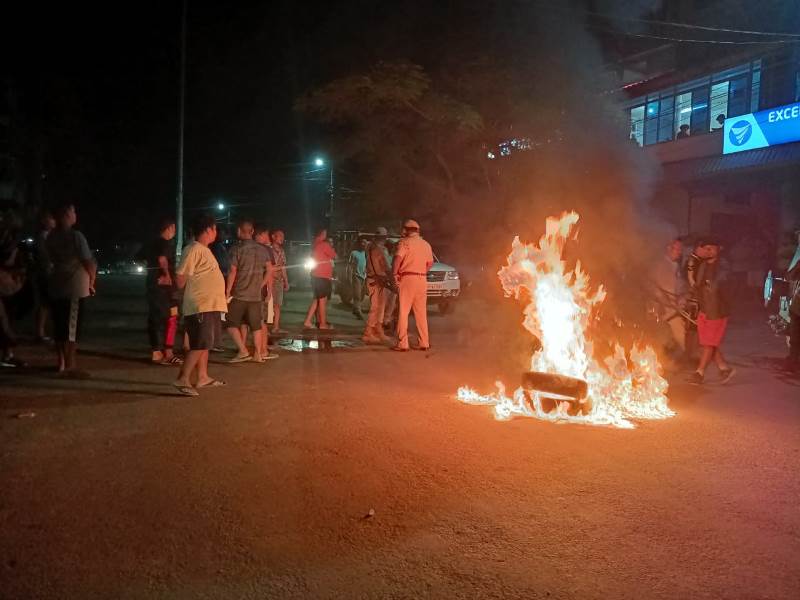 Imphal/IBNS/UNI: The Manipur government has banned mobile internet services for five days from Sunday to stop the spread of rumours and false news after a report by the Superintendent of Police of Bishnupur district that a vehicle was set ablaze by three-four men at Phougakchao Ikhang on Saturday evening.

H. Gyan Prakash, Special Secretary (Home), said in an order issued on Saturday that the Director General of Police, Manipur has informed about violence in the state which may become volatile if the situation was not brought under control.

All Tribal Students Union Manipur (ATSUM) imposed an economic blockade in the state and a series of violent incidents including the burning of three vehicles, and an attack on offices.

The ATSUM demanded the introduction of the Autonomous District Council Bill in the Manipur Assembly. Police also arrested five members of ATSUM for imposing a blockade.

Prakash said, "The crime has created a tense communal situation and volatile law and order situation in the state. Some anti-social elements are using social media extensively for the transmission of images, hate speech and hate video messages inciting the passions of the public.

"The social media has also become a handy tool for rumour mongers and is being used to incite general public which might have serious repercussions for the law and order situation in the State."

He added, “there is an imminent danger of loss of life and/or damage to public/private property, and wide spread disturbances to public tranquillity and communal harmony, as a result of inflammatory material and false rumours, which are being/could be transmitted/circulated to the public through social media/ messaging services on mobile services, SMS services and dongle services.”

For the maintenance of public order, the government ordered the suspension/curbing of mobile data services in Manipur.