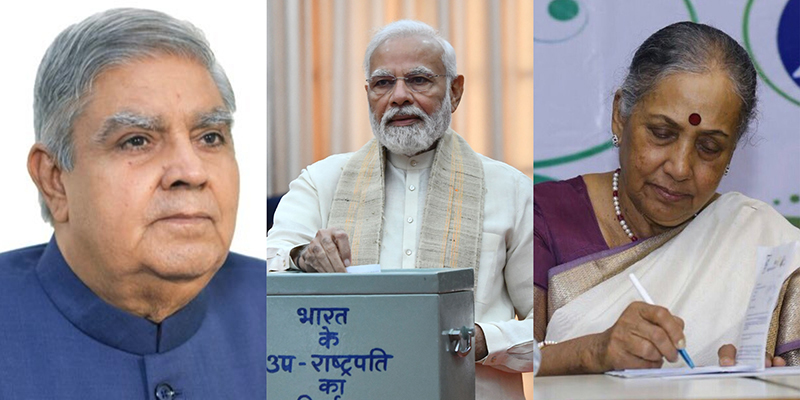 New Delhi: The voting in the Vice Presidential election, which started at 10 am on Saturday at Parliament House, ended by 5 pm and the counting process began just after.

Returning Officer for the Vice Presidential election and Secretary General Lok Sabha Utpal Kumar Singh is scheduled to brief the media after conclusion of the counting.

The contest is clearly tilted in favour of NDA's candidate Jagdeep Dhankhar, who appears to be in a comfortable position to win against Opposition candidate Margaret Alva.

The BJP alone has 394 of 780 total votes in the electoral college of Vice President. The percentage of votes in favour of Dhankhar is likely to be around 70.

Lack of unity among NDA partners has further hurt Alva's prospects as Mamata Banerjee-led AITC announced abstain from voting in the polls. The AITC has 36 MPs in both Houses of Parliament.

Prime Minister Narendra Modi was among the first leaders to cast his vote.

The election is held in accordance with the system of proportional representation by means of the single transferable vote. The voting is held through a secret ballot.

The Vice President is mandated by the constitution to act as the chairperson of the Rajya Sabha.