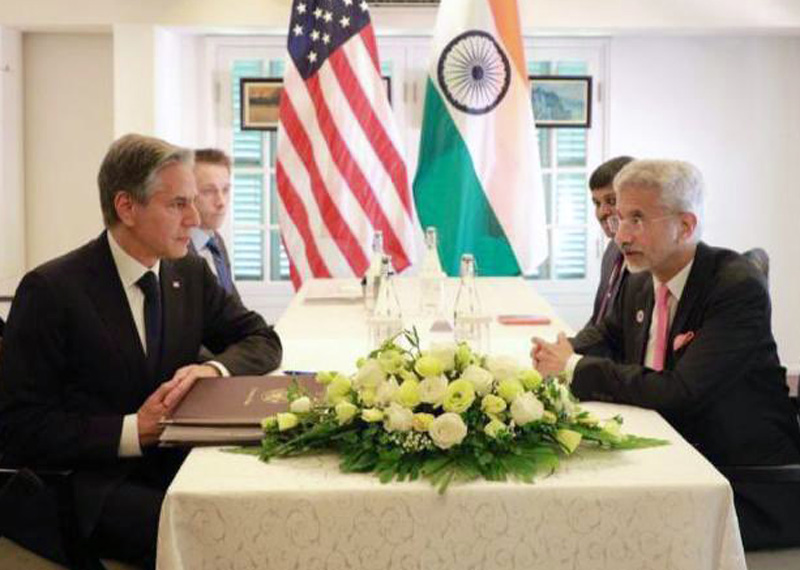 Phnom Penh:  US Secretary of State Antony Blinken, who met External Affairs Minister S Jaishankar in Cambodia ahead of the ASEAN ministerial meeting on Thursday when the two leaders discussed the issue of  promoting a free, open, secure, and prosperous Indo-Pacific.

"The two exchanged views on global and regional issues, including Russia’s brutal aggression against Ukraine and the implications it has had on food insecurity around the world," she said.

A warm conversation to start meetings on sidelines of ASEAN Ministerial in Phnom Penh.

Discussed the ever strengthening India-US relationship and the global situation with US Secretary of State @SecBlinken. pic.twitter.com/JzcrBSklx4

"They discussed Sri Lanka’s economic crisis and emphasized that both nations stand with the people of Sri Lanka and support their aspirations for a return to economic and political stability through democratic and constitutional processes," Price said.

"Secretary Blinken condemned the Burmese military regime’s execution of democracy activists, and they discussed promoting accountability for the regime’s atrocities as well as our collective efforts to put Burma back on the path to democracy.  They also noted our shared efforts to promote a free, open, secure, and prosperous Indo-Pacific," read the statement.