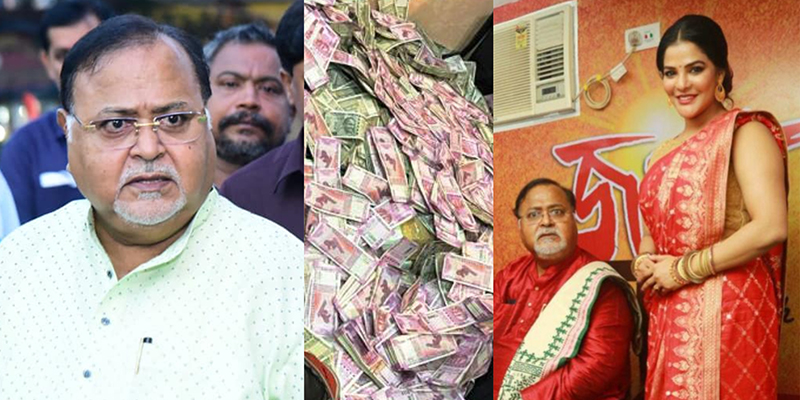 Kolkata/IBNS: Sacked Bengal Minister Partha Chatterjee's aide Arpita Mukherjee, arrested with him in the state's teacher recruitment scam, will be kept with no more than four co-prisoners, and food for her will first be tested.

A court in Kolkata granted these special security measures after the Enforcement Directorate (ED) cited "threat perception" to Mukherjee. She also made a similar request.

Measures will include round-the-clock guards for her jail cell.

A city court on Friday remanded Chatterjee and his alleged aide Arpita Mukherjee, to 14-day judicial custody till Aug 18.

The judge of the Bankshall Court directed that Chatterjee would remain in Presidency Jail, while Mukherjee would be in Alipore Jail.

Earlier, the ED prayed for their 14 days' judicial remand.

The duo since their arrest on July 23 had been under Enforcement Directorate custody.

The probe agency will be allowed to question both the accused in jail, the Special Court ruled.

The court rejected the bail plea of Chatterjee, who was sacked from the cabinet by Chief Minister Mamata Banerjee as minister after piles of cash were seized from Mukherjee's flats. He says the case is a conspiracy.

Mukherjee, an actor who's denied any connection with the money, did not seek bail.

The Enforcement Directorate probing the money trails in the alleged SSC scam found new evidence of unaccounted moveable and immovable property after they raided some houses at Santiniketan in Birbhum district on Wednesday, official sources said.

The ED had searched three bungalows at Santiniketan and from one of them, the sleuths recovered new bank documents in the name of Mukherjee.

They said the ED allegedly uncovered a company in the name of Apa Utility Services in which both Chatterjee and Mukherjee have a 50 per cent share.

So far, more than ₹ 50 crores, bars of gold, jewellery and papers related to properties, bank accounts and other investments have been seized by the ED.