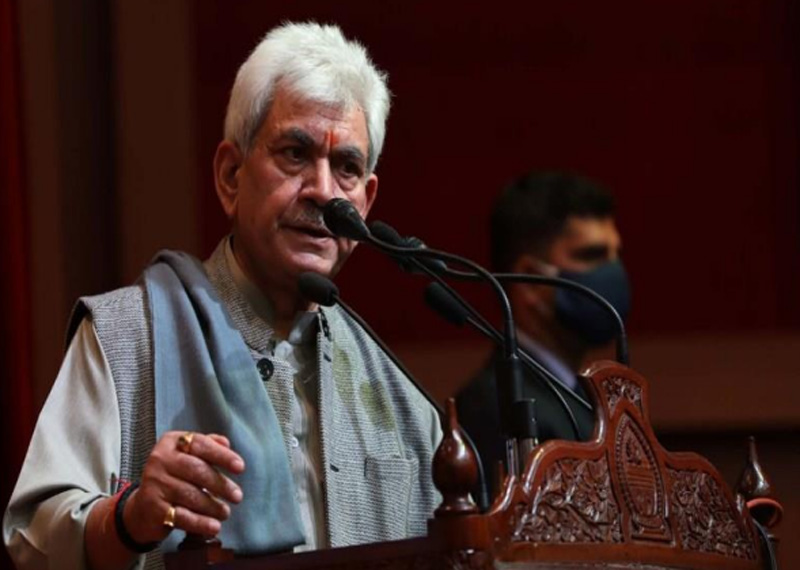 Srinagar: Lieutenant Governor Manoj Sinha on Friday said Jammu and Kashmir has witnessed tremendous change after the abrogation of Article 370.

He said one of the big changes was that the youth are not indulging in stone pelting rather moving forward to change their lives.

"Today the shops are open and the youth instead of indulging in stone pelting have picked up smart phones in their hands moving forward to change their lives is a big change in Kashmir after the abrogation of Article 370," the Lieutenant Governor told mediapersons on the sidelines of the inauguration of super specialty hospital at Nowgam in Srinagar Friday.

He said the biggest change after scraping off the Article 370 in 2019, is that the people of the nation gained a new trust and because of that trust 1.10 Cr tourists visited Kashmir valley during the past seven months.

He said there is a tremendous change in development of Jammu and Kashmir during the past three years and the common man is realizing it well.

There is peace, prosperity is coming in Jammu and Kashmir and it is moving forward in development in all aspects, Lieutenant Governor said.

He said a new Jammu and Kashmir is emerging with the help and directions of the Prime Minister Narendra Modi.