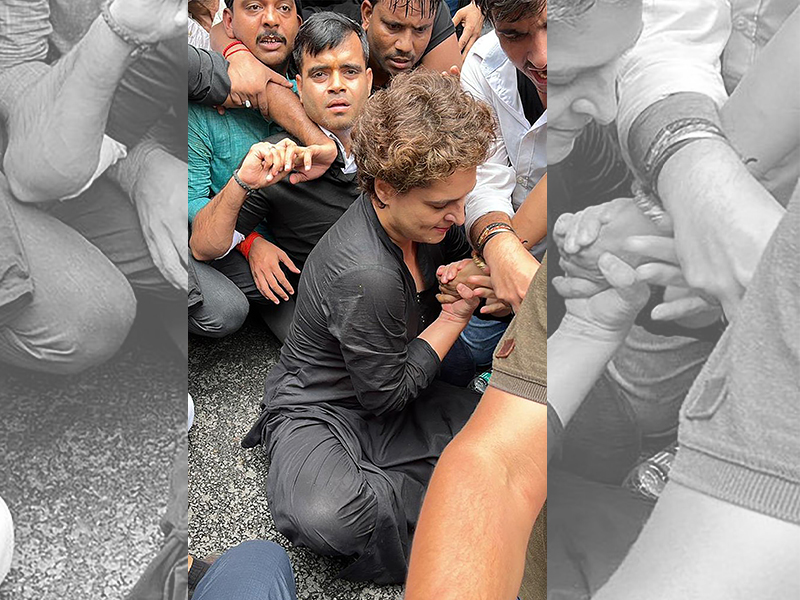 New Delhi/UNI: Congress general secretary Priyanka Gandhi Vadra was Friday detained while she was protesting against the Modi government on a number of issues including unemployment, price rise and GST.

Several Congress workers have gathered at the party office since morning and raised slogans against price rise, GST and against the government.

Priyanka along with party leader Harish Rawat and others marched out of the Congress office pushing a cart with gas cylinders - to signal people's frustration over rising cost of cooking gas.

Congress members broke the first police barricade but were stopped by the security personnel. Priyanka Gandhi staged a sit-in protest outside the party office before she was detained.

The Congress is holding nationwide protests against price rise and unemployment.

A march was also held at the Parliament House where several leaders including Rahul Gandhi were detained.