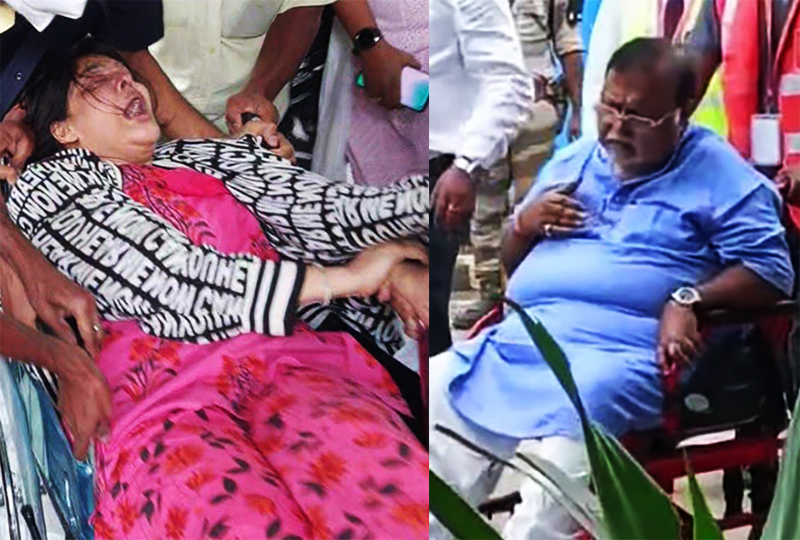 Both Partha and Arpita are under ED's custody, following the recovery of over Rs 50 crore in cash, apart from gold and foreign currency, in connection with the teacher recruitment scam.

According to ED, Arpita Mukherjee and Partha Chatterjee had also entered into a partnership deep under APA utility services in 2012.

The properties were purchased in the names of this partnership firm owned by both of them.

The Central probe agency also said that some of the properties were bought by the accused person even in cash, adding that the source of funds used to purchase them is yet to be found out.

The investigators recovered a conveyance deed registered in the office of ADSR Bolpur while raiding Arpita Mukherjee's premises. The document reveals their connection dates back to 2012 and their financial interests have been linked at least since 2012, India Today reported.

Partha Chatterjee and Arpita Mukherjee were arrested on July 23, a day after the probe agency found Rs 21 crore in cash, foreign exchange and gold bars worth Rs 2 crore from the actor's home.

On July27 (Wednesday), ED recovered another Rs 28.90 crore in cash, over 5 kg of gold and several documents from the second apartment of Arpita Mukherjee.

Chatterjee was the state education minister when the controversial recruitments to the posts of non-teaching and teaching staff of primary and secondary schools were made.

On July 28, he was sacked by West Bengal Chief Minister Mamata Banerjee from all ministerial posts and suspended from Trinamool Congress.

Before his removal, Partha Chatterjee held the Commerce and Industry, Parliamentary Affairs, Information Technology and Electronics, and Public Enterprises and Industrial Reconstruction portfolios in the state Cabinet.

During interrogation, Arpita Mukherjee told ED that Partha Chatterjee used her premises as a mini bank to hide the proceeds of the SSC scam.

She also told investigators that the stacks of cash hidden in her apartments were bribes received for transfers and for helping colleges get recognition.

Meanwhile, last Sunday, while being taken for a court-mandated health checkup, Chatterjee told reporters that the alleged illicit wealth recovered from Arpita Mukherjee's apartments did not belong to him.

He also said that he was a victim of a conspiracy and everthing would be revealed when the time came.