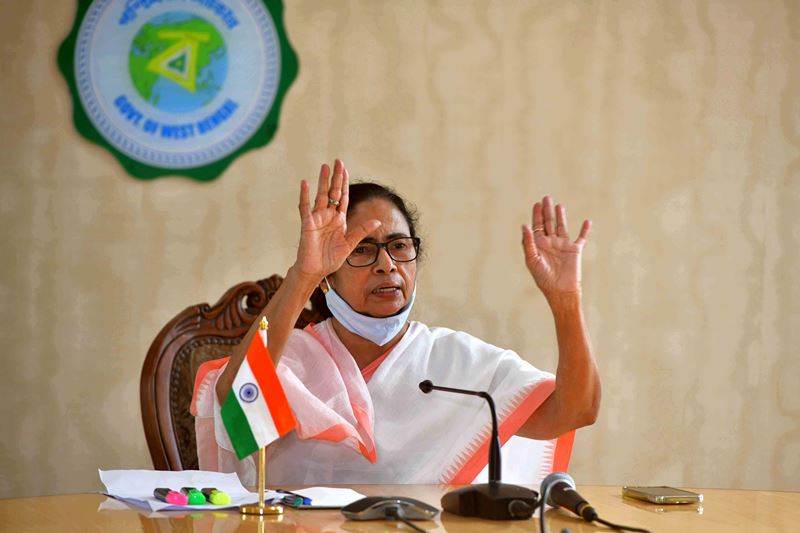 Kolkata/IBNS: In the backdrop of the massive embarrassment her government faced due to Partha Chatterjee's arrest, West Bengal Chief Minister Mamata Banerjee Monday announced a cabinet rejig where she will discharge her four-five colleagues from their ministries.

Banerjee during a press conference Monday said four-five ministers will be given responsibilities in the party, Trinamool Congress, which she runs.

"The portfolios of late Subrata Mukherjee, late Sadhan Pande, Partha Chatterjee who are in jail are vacant. The portfolios will have to be reallocated as I cannot take all responsibilities. Four-five current ministers will be given responsibilities in the party. Five-six new faces will be introduced in the cabinet," said the Chief Minister.

"The cabinet rejig will be held at 4 pm Wednesday," she added.

Meanwhile, Banerjee Monday announced several new district presidents of the TMC, which was slammed by the Opposition over Chatterjee's arrest in connection with the teacher recruitment scam.

Chatterjee, a former Education Minister, was the state IT, Commerce and Industry Minister at the time of the arrest.

The senior leader was axed from both the ministries and party posts last week.