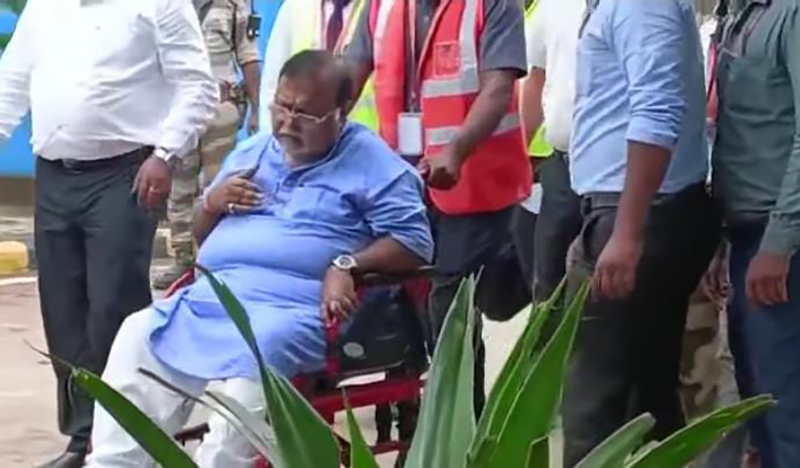 Kolkata: Jailed former Trinamool leader and Bengal minister Partha Chatterjee has claimed the heaps of cash and gold recovered from two homes of his aide, Arpita Mukherjee, do not belong to him, media reported.

Chatterjee said this days after the Enforcement Directorate seized over Rs 50 crore in cash, kilos of gold, and foreign currency from Arpita's homes in Kolkata's Tollygunge and Belgharia.

The sacked minister was brought to a Central government-run hospital in Kolkata on Sunday for a court-mandated health checkup.

"It's not my money," he told the reporters waiting outside the hospital when asked about the money recovered from Arpita's house.

Responding to a question if there was a conspiracy against him, he said they will get to know everything "when the time comes".

Besides cash and gold, the ED officials also found records of various premises of the individuals involved in the scam.

According to media reports, Arpita Mukherjee has told investigators that the stacks of cash hidden in her apartments were bribes received for transfers and for helping colleges get recognition.

The BJP has alleged that Chief Minister Mamata Banerjee is involved in the alleged irregularities in the state's education department.

TMC, which had initially come out in support of Partha Chatterjee and accused the Centre of utilising federal probe agencies against opposition parties, later in a swift U-turn sacked Chatterjee from all ministerial posts.