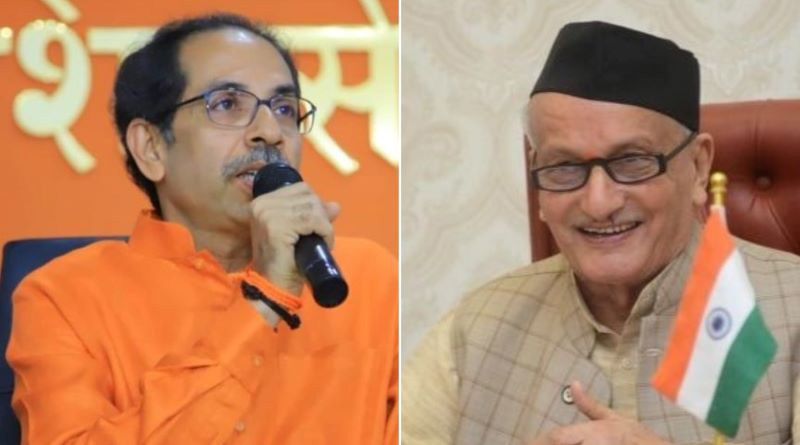 Mumbai: Former Maharashtra Chief Minister Uddhav Thackeray has slammed the state's Governor Bhagat Singh Koshyari for his remark, saying that it ‘insulted the Marathis’ and had ‘crossed every limit’.

Koshyari had earlier said Mumbai would lose all the money and cease to be the financial capital of the country if Gujratis and Marathis were removed from the city.

Speaking at the naming ceremony of a chowk in Andheri, a western suburb of Mumbai, Koshyari had said, “I tell people here that if Gujaratis and Rajasthanis are removed from Maharashtra, especially Mumbai and Thane, you will have no money and Mumbai will not be a financial capital.”

The remark instantly kicked a row. Uddhav Thackeray said the governor had insulted the Marathis and their pride with his statement.

“I do not want to insult someone sitting on the post of Governor. I respect the chair but Bhagat Singh Koshyari insulted Marathis and there is anger among the people. The governor is trying to divide society on religion, he is crossing every limit,” Uddhav Thackeray said.

Thackeray further added, "The Governor is the messenger of the President, he takes the words of the President throughout the country. But if he makes the same mistake, then who will take action against him? He has insulted the Marathis and their pride."

"Bhagat Singh Koshyari, as the Governor of Maharashtra, enjoyed everything in Maharashtra in the last 2.5 years. He enjoyed Maharashtrian cuisine. Now the time has come that he should see Kolhapuri chappal," Thackeray told ANI.

Amid the uproar by the Opposition over his comments, Koshyari said his words were misinterpreted and also made it clear that he had "no intention of belittling the hard work of the Marathi-speaking people in the progress and development of Maharashtra".