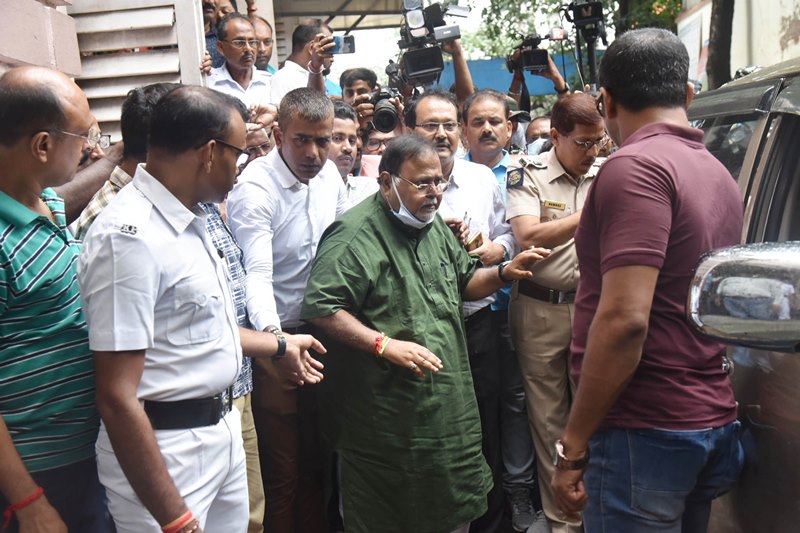 Kolkata: Trinamool Congress leader Partha Chatterjee has been sacked from all ministries following his arrest by the Enforcement Directorate (ED) in the teacher recruitment scam.

The decision came after much brouhaha over Partha's removal from ministerial positions as the Enforcement Directorate recovered more piles of cash apart from gold jewellery and gold bars.

"Partha Chatterjee should be removed from ministry and all party posts immediately. He should be expelled. If this statement considered wrong, party has every right to remove me from all posts. I shall continue as a soldier of @AITCofficial," he said in a tweet on Thursday.

The ED on Wednesday recovered another Rs 28.90 crore in cash, over 5 kg of gold and several documents from the second apartment of Partha Chatterjee's aide.

The agency had earlier found Rs 21.90 crore in cash, Rs 56 lakh in foreign currency and gold worth Rs 76 lakh from his aide's house.

On the direction of the Calcutta High Court, the CBI is investigating the alleged irregularities in the recruitment of Group-C and D staff as well as teachers in government-sponsored and aided schools on recommendations of the West Bengal School Service Commission (SSC).

The ED is investigating the money trail in the scam.

Partha Chatterjee was the education minister when the alleged irregularities took place.