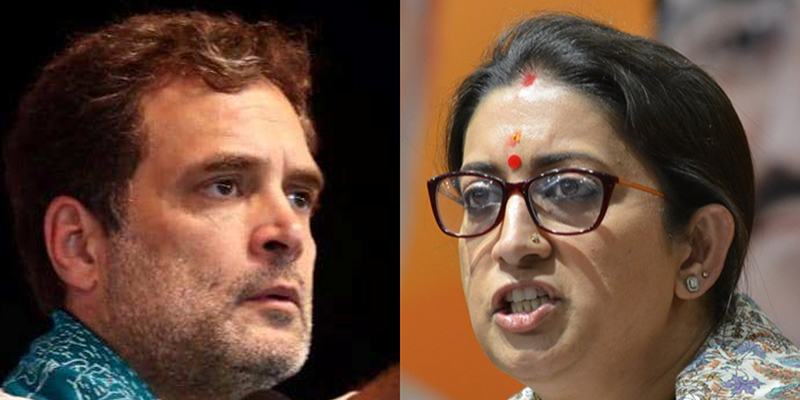 New Delhi/UNI: Union Minister Smriti Irani Wednesday launched a scathing attack on Congress MP Rahul Gandhi over ruckus by the Opposition in Lok Sabha on various issues in the ongoing Monsoon Session, and said the latter was adamant to bring down the productivity of the House.

Addressing a press conference, Irani said, "A gentleman (Rahul Gandhi) who is politically 'unproductive' is adamant to bring down the productivity of the Lok Sabha. Today, yet again he wants to ensure that a healthy productive debate, discussion does not take place in Parliament."

"His entire political history has been dotted with showing disrespect to parliamentary procedures and constitutional means of engagement. He needs to recognise that the Parliament of India reflects the spirit , the expectations, the aspirations of the people of India," the minister said.

Irani also claimed that when he was MP from Amethi, he had never posed any question in Parliament.

"Once he abandoned Amethi and went to Wayanad, his attendance in the Parliament session in 2019 was a meagre 40 per cent," she alleged.

The minister further said the citizens hope Parliament of India is used as a productive platform to bring forth issues of national importance, she added.