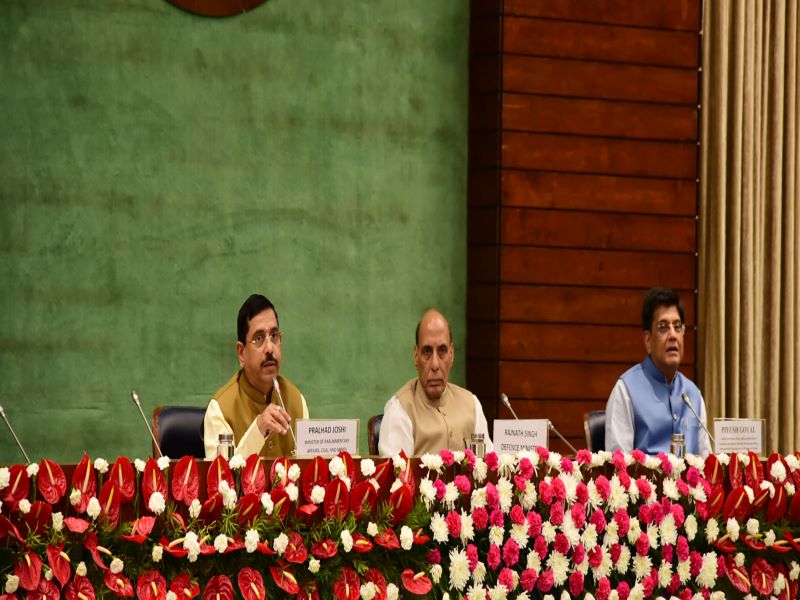 New Delhi/UNI: Opposition Congress on Sunday questioned Prime Minister Narendra Modi 's absence at an all party meeting called by government ahead of the Monsoon Session of Parliament.

An all party meeting, called by Joshi ahead of the Monsoon Session also saw Opposition raising issues like the new list of unparliamentary words, as well as the circular by Rajya Sabha restricting dharnas and protests in Parliament complex.

As PM Modi missed the all party meeting, Congress media department head Jairam Ramesh questioned why the Prime Minister was absent at the meeting and asked if it was not 'unparliamentary'.

"All Party Meeting to discuss forthcoming session of Parliament has just begun and the Prime Minister as usual is absent. Isn’t this ‘unparliamentary’?" Ramesh said in a tweet.

Talking to media after the meeting concluded, Joshi questioned how many times former PM Manmohan Singh attended the all party meets during the UPA tenure. He also said senior most leader in the House Rajnath Singh chaired the meeting.

He also clarified on the recently issued list of unparliamentary words, and said it is a routine practice, and only the Speaker or Chairman have right to decide what is unparliamentary.

Refering to the circular banning protests in Parliament precincts, he said such circulars are issued before every session.

He added that Opposition was making issues out of 'non-issues', "Since they don't have any issue against the government... Government is functioning extremely well, people have accepted the leadership of Shri Narendra Modi."

Meanwhile, in another tweet, Jairam Ramesh said, "many political parties, including those supporting NDA, pointed out the contradiction in the Modi Sarkar claiming credit for its Presidential candidate on the one hand and killing off the Forest Rights Act, 2006 on the other hand!"

Government also informed leaders that it may bring up to 32 Bills in this Session. Joshi said of these, 14 Bills are ready. In a circular issued on Friday, government had listed 24 new Bills for introduction.

Rajya Sabha Leader of Opposition Mallikarjun Kharge said government did not give information on the Bills.

"They didn't even tell us about those 14 bills. We'll barely have 14 working days in session. We have to discuss 20 topics and pass 32 bills," Kharge said.

Joshi ,however, said government informed all parties of its intention to bring the bill so that they may prepare.

The Monsoon Session of Parliament starts from July 18 and ends on August 12.