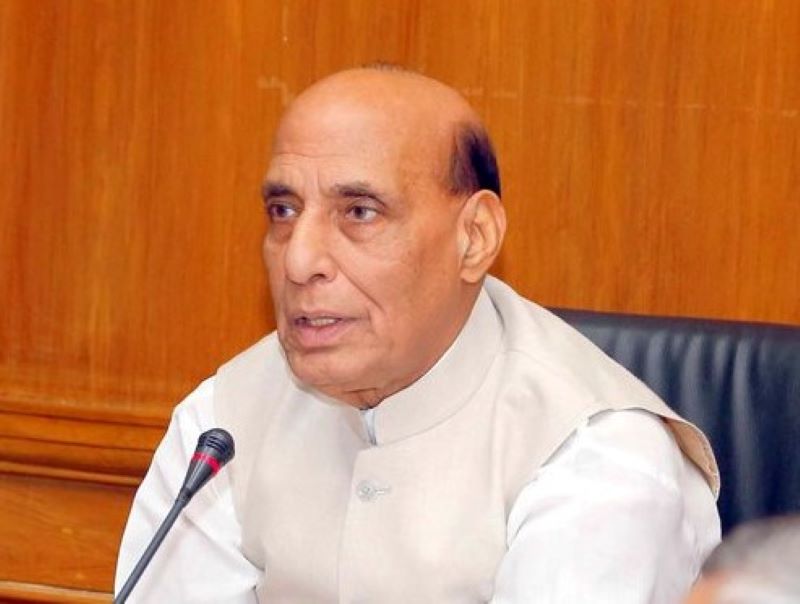 New Delhi/UNI: Defence Minister Rajnath Singh will clarify doubts of the leaders of various political parties on Agnipath scheme of recruitment when the Parliamentary Consultative Committee on Defence meets Monday.

The meeting of the Parliamentary Consultative Committee on Defence is scheduled to be held on Monday wherein the minister will brief the Committee members about various aspects of the recently-launched Agnipath scheme launched to recruit soldiers in the three Services.

The Defence Secretary, three Service Chiefs and other senior officials of the Ministry of Defence will also be present in the meeting.

The committee on Defence chaired by Singh has 20 members, including 13 from Lok Sabha and around 7 from Rajya Sabha with participation of almost all political parties.

The move is seen as an attempt to address the concerns of the Opposition parties ahead of the crucial monsoon session of parliament.

Chowdhury has reportedly objected to the meeting saying it is an attempt by the government to evade discussion on Agnipath scheme in Parliament.

The three Services have already begun the process for recruitment of Agniveers and notifications in this regard have been issued detailing salient aspects, terms and conditions of service for individuals enrolled through the Agnipath scheme.

The Union cabinet on Jun 14 approved the new recruitment scheme for Indian youth in the armed forces.