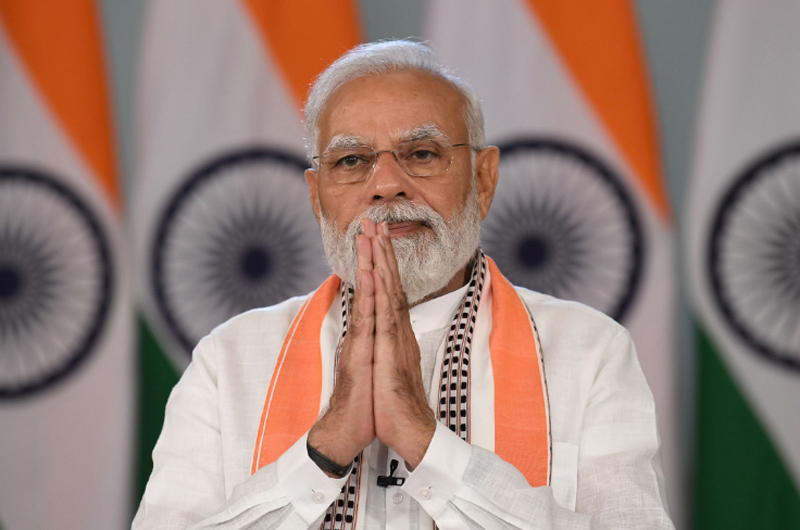 New Delhi/UNI: Prime Minister Narendra Modi will be visiting Varanasi Thursday to inaugurate and lay the foundation stone of multiple development initiatives worth over Rs 1,800 crores.

At around 4 pm, he will be reaching Dr Sampurnanand Sports Stadium, Sigra to inaugurate and lay the foundation stone of these projects, the PMO informed.

The PMO said that the Prime Minister has put a lot of focus on infrastructure development in Varanasi in the last eight years to enhance ease of living for the people.

Taking another step in this direction, Modi will inaugurate projects worth over Rs 590 crores in Sigra, the PMO added.

"At around 2 pm, the Prime Minister will inaugurate the Akshay Patra Mid Day Meal Kitchen at LT College, Varanasi, which has a capacity of cooking mid-day meals for around one lakh students.

At around 2:45 pm, the Prime Minister will visit the International Cooperation and Convention Centre-Rudraksh, where he will inaugurate Akhil Bhartiya Shiksha Samagam on implementation of the National Education Policy," the PMO said.

The Shiksha Samagam to be inaugurated by the Prime Minister, is being organised by the Ministry of Education from Jul 7 to Jul 9.