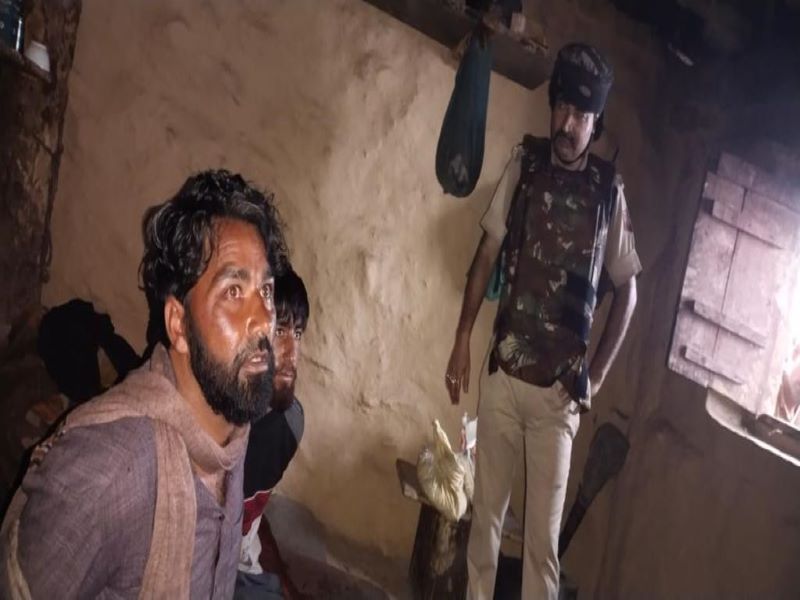 Srinagar: A Lashkar-e-Taiba terrorist, who was caught in Jammu's Reasi area this morning, was BJP's active member and its Minority Morcha social media in-charge in Jammu.

Talib Hussain Shah and his accomplice were nabbed by the villagers with two AK rifles, several grenades and other arms and ammunition. They were handed over to the police.

BJP has blamed the system of online membership through which people can join the party without any background check.

"A new issue has come up with this arrest," said party spokesman RS Pathania, reported NDTV. "I'd say this is a new model -- entering the BJP, gaining access, doing recce... there was even a plot to kill the top leadership which was busted by the police," he said.

"Across the border, there are those who want to spread terror. Now anyone can become a member of the BJP online. I'd say this is a drawback since there is no system to check the criminal record or antecedents of the people who are taking membership online," he added.

On May 9, Shah was appointed in charge of the party's IT and social media in Jammu province.

He has been photographed with several top BJP leaders including J&K president Ravindra Raina.

Lt Governor Manoj Sinha and the police have lauded the bravery of the villagers of Reasi and announced a cash reward.

Hats off to the courage of villagers of Tuksan, in #Reasi district . Two #terrorists of LeT apprehended by villagers with weapons; 2AK #rifles, 7 #Grenades and a #Pistol. DGP announces #reward of Rs 2 lakhs for villagers. pic.twitter.com/iPXcmHtV5P

"I salute the bravery of villagers of Tukson Dhok, Reasi, who apprehended two most-wanted terrorists. Such determination by common man shows end of terrorism is not far away. UT Govt to extend  Rs 5 Lakh cash reward to villagers for gallant act against terrorists and terrorism" tweeted Lt Governor Manoj Sinha.

Police said Shah was on their radar after his involvement in two blasts and the killing of a civilian in Rajouri.

He was caught today with the same weapon he had used in the previous killing, police said.